Days after winning The 2022 International Woolmark award, British Guyanan designer Saul Nash received the prize for British Design on Wednesday. The award was presented to Saul Nash by The Duchess of Cambridge, Kate Middleton, on behalf of the Queen.

Nash is known for combining men’s luxury wear and sportswear by carefully curating innovative designs that allow for freedom of movement. 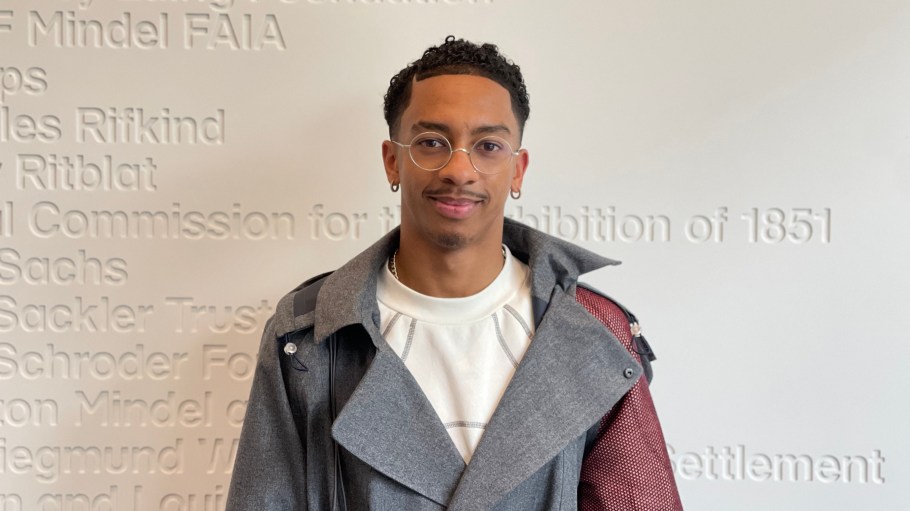 “A deeply autobiographical practice, his approach marries the worlds of dance and fashion together – telling personal stories of the cultural and societal landscape he grew up within, and challenging limiting ideas around masculinity.”

The innovative designer studied Performance Design and Practiced at Central Saint Martins and received a MA in Menswear at the Royal College of Art. His mix of expertise in design and movement is one of the many reasons his designs are well-received in the fashion community.

Nash made his first fashion debut under Lulu Kennedy’s Fashion East. After three seasons with Fashion East, Nash launched his first collection, ‘TWIST. ‘TWIST’  is a collection that combines a collage of movement and artistic expression. His vision was to celebrate fluidity and bravery, all embedded in a theme of coming of age.

Justine Skye and Griff are a few artists that have worked with Nash. He has also made his creative mark by working with major brands like British Vogue and H&M.

You can access Nash’s collections at retailers such as Selfridges, Browns Fashion, FARFETCH, SSENSE, etc.

Check out this award-winning designer and his designs. What do you think is next for this chameleon named Saul Nash?

Everyone Was A Winner At 2022 The Headies Award Show