The internet provides people with interactivity; it is readily available and can immediately influence someone to be a certain way — to act a certain way.  In 2018, we are bombarded with technologies daily, ultimately, placing social media at our fingertips– platforms introduced to supposedly “connect” the people of the world.

People feel attached to their social media profiles. Being engaged with and cognizant of what transpires on an artificial medium has apparently become essential to our wellness: it gives us the impression of structure and consciousness. We, as a society, have the erroneous idea that these social media profiles dictate our lives, as if what we do is not of substance unless we account for it digitally. This is an issue.

Children growing up in this generation are being groomed to perceive technological media as the most efficient and fashionable way of communication. While Facebook and other social media websites address the idea of “staying connected”, society is beginning to do that too — but in a contrarily negative way. People are so fascinated by what is occurring digitally that they forget what actually matters: their physical lives. According to a study conducted in 2014 published in Computers in Human Behavior, children interacting with technology made interpreting their emotion more difficult for researchers. The study used two control groups; one group of students were not given technology and the other was asked to stare at the screen and participate in an activity. The study notes that “those who consumed less media could read facial and physical expressions more easily.” In other words, the kids who were using technology were more likely to be unable to interact with others and be aware of the researchers’ emotional capacities.

Children are becoming increasingly alienated and socially awkward, but it is not their fault. Adults universally are becoming overwhelmingly indulged in technology, so as a consistency, their kids are following by example. Parents who regularly text at the dinner table or when driving are providing the next generation with the misleading notion that communication is necessary through these mediums, and that these practices are essential to our ‘societal balance’. This perverse culture is being equally encouraged by major corporations and technology companies, who of course fund these websites and profit significantly from monetization programs, such as Google Adsense.

Since technology is becoming fundamental and the primary method for people to document their lives, it is giving others — who maybe don’t — the erroneous impression that this is a requirement to be cool. We are creating a culture that gives a sense of recognition to those who are engaged on social media — which simultaneously — makes those who are less engaged appear friendless, or not adapted. The more likes a person receives on a platform gives them an increasingly hollow, or rather artificial sense of conformity and pleasure, but in reality, these digital acknowledgments are not immediate, nor are they happening in someone’s legitimate life. When I used to have Facebook — I would feel fortunate when someone would write Happy Birthday on my wall: but now I think back to these short notes and realize that they were not individualized or of any real-life meaning. It is nice that someone was thinking of me enough to post on my wall — but it would be more sincere if they picked up their cell phone and dialed my number (or better yet came to me in person). This is just a minuscule example of the alienation and artificial communication that we are encouraging: maybe even unintentionally.

If we continue to encourage extreme social media usage , our society will continue to observe a notable decline in human interaction. People need to be more aware of their actual lives and of what occurs in front of their face — not what happens on a glass screen with a circuit board behind it. There’s a reason — when asked if he gave his daughter an iPad — that Steve Jobs told a reporter at his 2010 iPad launch that “actually we don’t allow the iPad in the home, we think it’s too dangerous for them in effect.”  Bill Gates is another example of a major tech player disallowing significant technology usage in the home. Gates would not let his children get cell phones until they were 14-years-old and did not allow technology usage at the dinner table. So why did these innovators tell the media that they limit their children’s screen time? It’s simple. They know the dangerous effects of technology and how it can captivate someone — in such a way that makes them forget that they are sitting in a room with other human beings. 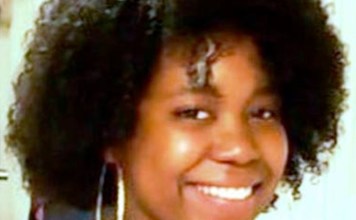 Karol Sanchez: Missing Bronx Girl Admits it Was a Hoax

President Obama To The NBA??