With all due respect to Ryan, this man is way too talented! What is it that he can’t do? As a music producer myself, in addition to being the curator of HF®, I give Sir. Leslie a huge thumbs up for all the hard work he puts in daily.

When you watch his videos of him in the studio producing a new track, 9 times outta 10 — he directed, produced, scored, & edited tha [email protected]#! When you listen to his albums, 9 times outta 10 — he produced, composed, arranged, mixed & mastered tha s#@* How about his music videos? Im pretty sure he didn’t do everything, but assuming his hand in the matter was pretty huge. And for this, respect must be given to “Black Mozart” of our time.

Founder of the media company NextSelection Lifestyle Group, Leslie has produced singles for a number of artists in a variety of genres, ranging from R&B/hip hop to pop to gospel.

This man is inspiring to watch — let alone to become. If you’re a music producer, you understand the countless hours spent in the lab, working sunrise to nightfall, just to ensure the mix is right. You know how tiring it is to send numerous emails out to thousands of people, just to get 10 to respond to your requests — to just LISTEN. You also know how competitive the music market is, making sure your equipment & sounds are up to date and restocked as needed. There are tons of things that go unseen, however you hold the key to your musical destiny. It’s either GO HARD or GO HOME. It’s really that simple.

Inspiration from legendary producers like Ryan Leslie is what keeps your motivation fuel tank on F. To see that behind closed doors, sweat and tears are going into the cracks of his keyboard, giving everyone an amazing new record to jam to.

Once again. This is why every producer respects the genius of Sir. Leslie. 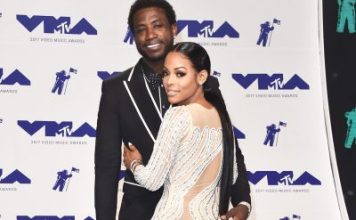 CARDI B Hints At A New Album On Instagram