The Gold Album: 18th Dynasty only sold 2,200 albums in its first week, as it brought in below average reviews as well.

The Cash Money rapper blames his label status as the primary reason for his flop and stresses that his intentions were to release it for free streaming.

This might be true but one would expect that his sales would be a little more acceptable given his star power.

This is also a disappointment due to a rookie Troy Ave’s Major Without A Deal only selling 4,373 copies in its first week.

Tyga went to Twitter this morning to defend his situation to the public saying: I put it out for free on spotify last tues. the whole purpose was to stream it.Kuz label problems. Got millions of streams,”

However, Tyga’s official sells beat out Troy’s due to the album’s streams which are at about 4 million, equaling about 2,667 album sales via Spotify added to his official sales. (according to Complex).

Check out the tweets below.

Yall mfs is funny. I put my album out myself for free on spotify,soundcloud, YouTube to stream.

Didn't plan on selling it Kuz of label problems. It's a dope album. Got a lot of great feedback and millions of streams. 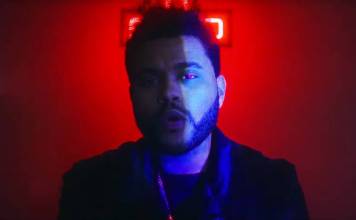 The Weeknd Has Blessed Us With Visuals for ‘Party Monster’

WATCH: Flippa Escapes The Trap To The Good “California” Life