Commitment is the one of the scariest words in the world. One could think that it’s a silly statement compared to other words that people find offensive. Committing to something takes time, effort, endearment, and strength for an overall objective. The “C” word brings about contracts, expectations, trust, and evaluation. With all of these things attached to commitment some people rather not deal with difficulties.

How important is commitment? In a society that relies heavily on agreements, it is essential to survive in today’s world. Agreement between two parties regarding a service is necessary for the economy. The barter system has been put in place since the start of civilization as we know it. This helps to identify that our commitment to things is important as it has a domino effect on everything taking place around our action. Remember “With great power comes great responsibility” courtesy of Uncle Ben’s character in Spider Man.

I can assure that everyone has heard the saying “loyalty is everything.” It’s something that some of the most committed people live by. In every mobster movie, the plot reveals opportunity for a character, and it’s their choice to double cross the big boss or stay loyal. Something so simplistic can be difficult. Loyalty is something that we as people deal with everyday, regardless if it’s on the job, around family, or among friends. It’s no getting around commitment.

Let’s take it to sports, we all know athletes that were considered noble because of their commitment to staying with an organization. Every year after during the post season, it’s a free agency market that allows players and teams to test the waters. This can be the most difficult times for owners and players, because within a swift moment the whole dynamic of a team can change instantly. Loyalty and commitment is now on the center block, causing people to lose trust in others.

Dwayne Wade, 3 time NBA champion, 12 time All-star, 2006 Finals MVP, had an illustrious 13 year career with the Miami Heat. After being committed to providing Miami with nothing short of effort on all fronts, Wade was shortchanged. Because of the disparity, Wade left Miami and went to Chicago where he will most likely finish out his polished career. Business is business at the end of the day, but for someone who has consistently been a leader it just doesn’t seem right. Let’s face it, Dwayne isn’t the player he was when he first stepped into American Airlines stadium 13 years ago. Was his commitment to an organization done in vain?

The same goes for relationships. We’ve all had previous long-term encounters with individuals that we now question. The question starts to arise after we look back on all the time and wasted opportunities on individuals who were not worth it. This mixed feeling with the new mainstream music presents difficulties for commitment and monogamous relationships. The convenience in not being exclusive to things, or people can make life easier, however in the long run will you find peace and happiness?? That is your decision, and your decision alone. Just remember that people who are committed to their craft, or an idea often times go on to be successful in the world. 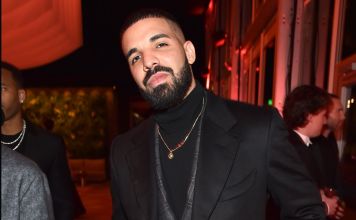 Drake Takes The High Road In LeBron James “The Shop”

Winter Is Almost Here, So Get Yourself a Good Jacket

From Controversy to Pop Culture Staple ‘Baby Got Back’ Turns 25

Maurice Watson Bails Out Of Jail After Sexual Assault Accusation