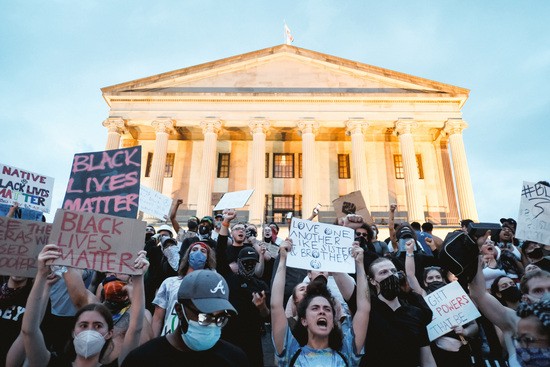 Tennessee recently passed a law that will increase punishment for the people protesting. This can result in taking away voting rights for the protesters.

Details about the new law

On Thursday, the Tennessee governor,Bill Lee, signed a new bill that made harsher punishments for the individuals caught camping on state property.

With the new law in place, the campers would get a warning and if they would refuse to leave the site, they would be charged with a felony. According to Tennessee if a person is a convicted felon they would not be able to vote in election. Of course this is a very big deal because there is a presidential election later this year.

It is said that the bill was passed to prevent the formation of autonomous zones that was seen in other cities.

What are representative’s saying about the new law?

Speaker of the Senate Randy McNally said the following:

“It is to prevent what has happened in other cities like Portland and Washington, DC,if people, knowingly violate the law, knowingly thumb their nose at authority and don’t do what authorities have requested they do, they should be charged with a serious crime.”

Hedy Weinberg, executive director of ACLU of Tennessee also made a comment:

“While the governor often speaks about sentencing reform, this bill contradicts those words and wastes valuable taxpayer funds to severely criminalize dissent”

What do you think of the new law passed in Tennessee?