It seems like money talks, and apparently Diddy is fluent in that language.

Since early 2019, there have been speculations that the Bad Boy Ent CEO had dealings with Lori Harvey. Diddy hasn’t been the same since the passing of his former lover Kim Porter. The two dated on and off for years, and have twin daughters together. Puff has been known to be a player in the world of dating. Ultimately he’s been connected to some of the hottest chicks in the world of entertainment. Our only question is Steve Harvey selling p*ssy now?

Despite being almost 50-years-old, the mogul still can pull just about whoever he wants. Diddy has been connected to J-Lo, Cassie, plenty of models, and other famous people. Furthermore, the Ciroc King has plenty of dough and can date whomever he pleases. However Diddy has gone overboard in his latest ordeal. This all comes while Diddy recently announced a Making The Band reboot.

Mr. Combs is officially dating his son’s ex-girlfriend, Lori Harvey. That’s right allegedly Diddy is tearing that thing out the frame. Currently, Steve Harvey‘s stepdaughter is only 22-years-old. Above all this past weekend was the meet up between Diddy and Steve to have a conversation. Now it seems as though the former talkshow host Harvey has given his approval for the two to officially date.

In conclusion, do you think that Steve Harvey selling p*ssy? Will Stevey Harvey magically end up with a new show on revolt tv? How will Steve ultimately benefit from this? Will Marjorie Harvey Bodybag Puf?? Leave your comments below and stay tuned to Hypefresh.co. 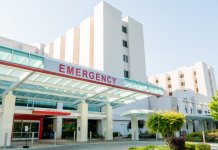