Just when we thought the good folks over at LucasFilm were done releasing trailers, we get a glimpse of the Star Wars: The Force Awakens trailer, released from over in Tokyo, Japan. This trailer gives a more in-depth look at the the main characters (Rey, Finn & Kylo), as well as what appears to be an alternative perspective of the main plot.

All thanks to Walt Disney Studios Japan, we can drool once more at the “epic-ness” of this unreleased blockbuster film which is set to drop worldwide in December. 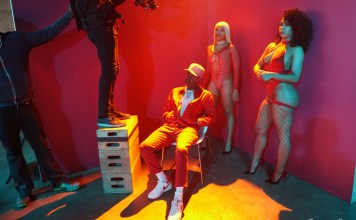 Fires Continue To Rage Throughout Australia

It Get’s Real In B.A. The Great Visuals For “Trap Krazy”