Toronto, Canada’s very own ShaqIsDope is warmin-up for his new project, Black Frames with a new track entitled “My Time.”

Prior to this new track, the MC released two dope singles, “Wraith Dreamz” and “Too Much Ambitions.”

Produced by Pitt Tha Kid, the song features SID displaying his versatility with a rap-singing combination while maintaining his relatable approach over scattered production. Led by a sample from Derek Luke’s final speech in the classic film Antowne Fisher, SID uses the motivational speech as a prelude to his testimony as he emphasizes that his time is now despite the pitfalls of the industry. 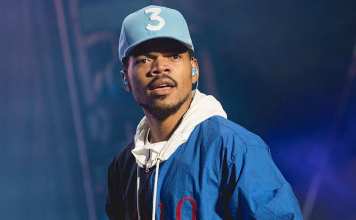 New Project From Chance To Drop This Week

Lazy Oaf Is Keeping It Weird For “Sporty” Summer 2017 Collection

The Chainsmokers Didn’t Let Us Down With Their Latest Remix