If you know anything about Rihanna, then you know she does everything with style and grace. The singer has continued to focus on building her brand for the last several years. Now she has confirmed she’s been in  London for a year.

It wasn’t too hard to believe, but Rihanna has officially let the cat out the bag. The artist has moved to London, and released it to the press. Despite her moving, she surely is not alone as her Saudi billionaire boyfriend Hassan Jameel is right beside her. The two live is an upscale palace right in the center of London.

Rihanna surely has all the amenities she’ll ever need including a gym, landscape garden, underfloor heating, along with spacious off-street parking. Furthermore, the house has everything including seven bedrooms for her staff. It seems as though Rihanna is living her best life these days, especially with her billionaire boyfriend. Apparently the couple rents out the townhouse for $20K per week.

The singer has been tied to several relationships regarding music artist. One of which is the infamous Chris Brown who would allegedly physically assault the singer. In addition, she was rumored to have dated Eminem. However, the most intriguing is that on her relationship with Canadian entertainer Drake. Recently he shared that at one point he was hoping the two would start a family. Many people were shocked to learn that Drake would not be featured on her upcoming album. For years the two have made solid hits just off their passionate energy alone.

Will the couple eventually get married? Will she go back to her true love Drake? Leave your comments below and stay tuned to Hypefresh.co. 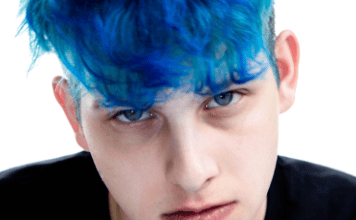 Quinnen Williams of the Jets Arrested on Gun Charges

In This Video, Explore The Legacy of Adult Swim