Love & Hip Hop is a show filled with drama, fighting, and throwing of alcohol. Regardless if you can actually perform or not you certainly have the ability to put yourself into a place of opportunity. However, it seems that Princess has already recorded her last scene on Love & Hip Hop Hollywood.

Ray J’s wife, Princess, has been one of the main stars throughout the Love & Hip Hop Hollywood storyline. For most of the seasons, she has been one of the main centerpieces that tied into the drama. However many were shocked to learn that she would not be returning to the show. The reality tv star took to Instagram to officially announce the end of her tenure with the franchise.

Many outlets believed that Princess was fired from the show because she doesn’t have a strong storyline. It seems as the seasons have gone on, she started downplaying the ratchet undertone the show tends to reflect. It is also reported that Princess was looking to minimize the drama when it comes to her role. At this point with new people coming on, they can help to fill the void that would Princess ultimately leave.

Overall the new mother has plenty more other things to focus on at the moment. Last week, she and husband Ray J took Melody to Disneyland. She shared it on her Instagram. Her fans took the time to celebrate her time on the show and reassured her that she would be fine.

Do you really believe that Princess Love & Hip Hop Hollywood days are over? Will she get her own show? Leave your comments below, and stay tuned to Hypefresh.co. 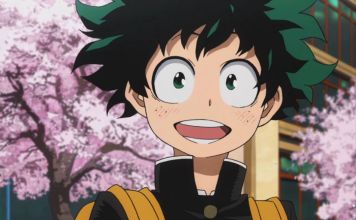 benny mayne is Back with “never no”

Givenchy Is Officially Dope As F#@K!