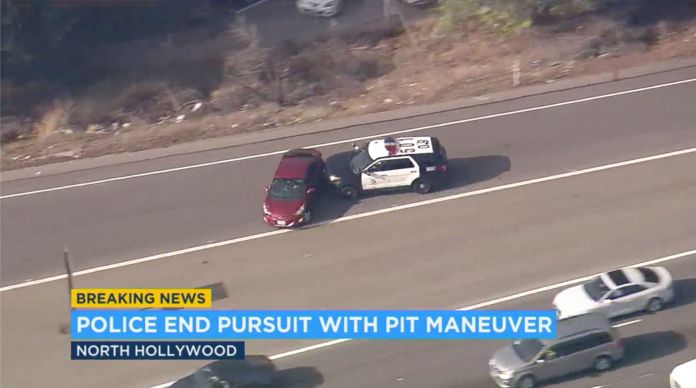 Police chase of an armed criminal in Los Angeles led to a hot pursuit on the busy highways and freeways in the sunny state of California today.

The suspect was an armed and dangerous allegedly being an assault-with-a-deadly-weapon criminal running loose in the public.

One Los Angeles police officer pulled off a “PIT” maneuver that flipped the suspect’s car in a 180.

He has been arrested and taken into Police custody since the incident occurred, surrendering without a fight.

In other Police related news… 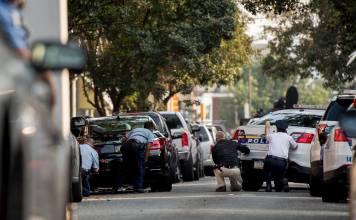 Kodak Black Denied Bail…Will Sit in Jail Until Next Trial