Directed by Ash Riley and TGD (Da Beatfreakz, Loick Essien, Rough Copy), the black and white visuals for ‘Unknown’, and the vastly deserted location the video is filmed in, create quite the dark and pensive backdrop, which brings the record and its emotions to life. Additional themes of death, religion, famine, and migration, also run through the music video, causing the viewer to further reflect on Pluto’s message.

Speaking about the inspiration behind ‘Unknown’, Pluto Lèbon says,

“I wrote this song from a place of real uncertainty, where I just wanted answers for things happening around me, but it can also mean different things for the listener. We’re all searching for our own truths and answers. Whatever the question is, I hope this song can spur listeners into actively seeking the answers we need”.

Expanding on her thoughts on the record, Pluto adds that,

“what I wanted to do with ‘Unknown’ is challenge minds, mine included, to be more aware of things happening around the world. We certainly all have questions about our own issues, but if we can be more observant of the pain and struggles other people are facing, and be more empathetic, I think the world could be in a better place”.

Check out the compelling visual above and stay tuned for Pluto Lèbon’s forthcoming debut project Atlantis this summer. In the meantime, peace and love. 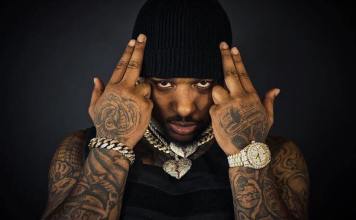 LISTEN: Doe Boy & Young Thug Are “Slimey As It Get” On New Collaboration

Michael Blackson to 50 Cent: “Get The Strap and The Spear”