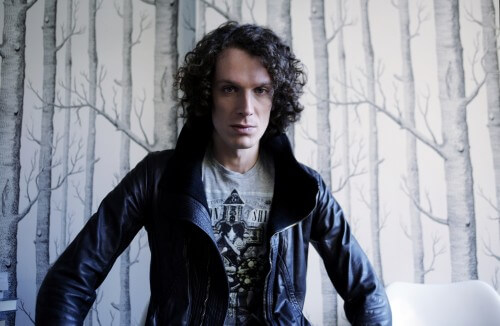 Musician, producer and DJ Phonat, born Michele Balduzzi, hailing from Tuscanny, Italy, released his latest single “Because of You” featuring IAGO May 19th via MofiHifi.

“I wanted to something that was more inspired by my London years that was like a homage to classic house music,” Phonat said.

Within a few short years, Phonat, now based out of Los Angeles, California, emerged in the European music scene as one of the most-talented, influential, and underrated producers, obtaining support from most notably Irish DJ Annie Mac and English DJ Pete Tong of BBC Radio 1.

Before declaring California home, Phonat moved to London where he churned out his self-titled debut EP via MofoHifi Records in 2009, available on Spotify. Four years later, Phonat reemerged with his 2013 EP Identity Theft, also available on Spotify. To round things out, Phonat’s latest Never EP was released in 2015, available here.

Obsessed with 80’s music growing up, it shows in Phonat’s juxtaposition style that blends perfectly with IAGO’s vocals on “Because of You”.

Phonat said his favorite artists were Toto, an American rock band, and he implements the 80s’ sound into his music when best fit. Also, Phonat said Daft Punk, a French electric duo, was another influence on him, persuading him to pursue a career in music.

Perhaps in an 80s’ mindset, in 2017 where the internet is very prevalent, Phonat insists on occupying little to no presence on all social media platforms.

“That’s just me in general,” Phonat said. “I’m a bit old school that way. I like my work to speak for itself, other than posting online about yourself.”

Additionally, Phonat said he doesn’t want people to know too much about who he is, risking losing the “magic” of being a music artist. However, he said he was quiet in real life, so that plays into his stance as well.

To clear the record, Phonat said he started making music, because he simply liked it and isn’t concerned with mainstream success.

Phonat said worrying about those things could pollute artists’ music too much. Pertaining to social media, being obsessed with having a fan base adds a big, unnecessary weight on artists’ shoulders, according to Phonat.

But, Phonat said he does keep in touch with fans to an extent.

Also, Phonat said he creates the material then tries to place it in the best possible way to his fans. An artist can be human in the sense of doing what one feels like without worrying about social perception, he said.

With little to no social media, and no marketing plan, Phonat has still been able to rack up approximately 35 thousand monthly Spotify listen with just over 27 thousand SoundCloud followers.

Looking forward, the only long term plan for Phonat is to release another EP by the end of 2017, he said. While still navigating thru the music industry himself, Phonat did have parting advice for fellow up-and-coming artists, think about how your music career affects the people around you.

“Once you achieve a certain amount of success, there’ll be a lot of people looking up to you,” Phonat said. “You’ll be perceived very differently from your friends, from your family. It’s an interesting dynamic.”

Check out more from Phonat here. 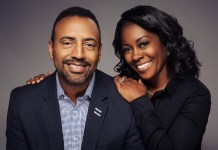 Venom Lands On Blu-Ray In Time For The Holiday!!

Netflix Is Increasing Prices for All US Subscribers