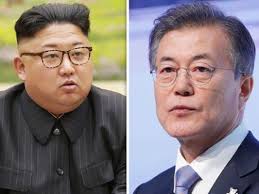 Tensions have been high with North and South Korea, North Korea wants to end all communication with the south. Continue reading to get all the information.

Why does North Korea want to end communication?

On Tuesday North Korea went by a different name to try to separate from South Korea, the Democratic People’s Republic of Korea.

In a statement made to NBC News said the following: “North Korea said it was suspending contact in anger at activist defectors who have fled to the South and routinely fly balloons back over the border carrying propaganda leaflets.”

Throughout the years, there have been many past citizens of North Korea that have voiced their opinions on the brutal life in North Korea. Many researchers think that communication between the two will continue shortly since there has been time North Korea said they want to end all communication.

Last week, Kim Yo Jong threatened South Korea saying she will pull the plug on the joint military lines.

An official from South Korea’s Unification Ministry said the following regarding the military lines “ “The communications line between South and North Korea … must be maintained as agreed“.

On Tuesday, North Korea blew up an inter-Korean liaison office building just north of the heavily armed border with South Korea. This was an act to show how angry the people of North Korea are.

Since nuclear diplomacy in 2018, blowing up the liaison office was the most hurtful thing done to South Korea. After this, it will take a long time to find peace between the countries there have been threats to abandon bilateral peace agreements.

North Korea’s official Korean Central News Agency said the following about the explosion: “terrific explosion” because its “enraged people” were determined to “force [the] human scum and those who have sheltered the scum to pay dearly for their crimes.” They are referring to the people who have escaped North Korea.

This situation is ongoing and nobody can predict what will happen next, what do you think of the situation?

Not everyone liked former...
Read more