Nick Young became the first NBA player to wear a pair of Yeezy Boost 750’s during a professional regulation game. After signing an endorsement deal with adidas not long ago, he felt the need to ‘celebrate’ this accomplishment in ‘style’.

“I just signed with adidas: Welcome to the 3-Stripes, Swaggy P,” Young told the Associated Press. “And I had to come in with some style, and that’s basically what it’s all about.”

Young joins Houston Rockets Point Guard James Harden, who also recently inked his deal with the footwear giant adidas. Check out the pics below, courtesy of the Associated Press. 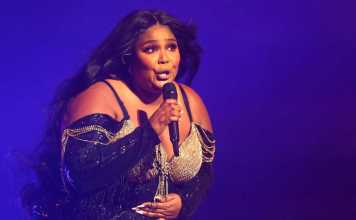