NEW EP wyd after? ARRIVES MAY 15

On the track, a buoyant beat bounces along with the MC’s catchy and clever rhymes. He locks into a fiery flow before delivering the chantable refrain, “Call me young Keanu, I keep replacements” and adding, “I just took what’s mines, I never chased it.” The accompanying music video reflects this lighthearted vibe. Passing the “After Hours” club sign, ADÉ slides into a convenience store where the after party pops twenty-four-seven. Donning shades, he cruises up and down the aisles, captivating partygoers and serving up one bold bar after another like only he can.

The song drops hot on the heels of his previous track “DON’T CRY” [feat. Trevor Jackson], which sets the stage for the release of his forthcoming EP, wyd after?, arriving Friday, May 15. An acronym for “What you doing after?”, the project threads together a nocturnal narrative that plays out like a movie. The EP unfolds with a story of the after-after party, nostalgic for a time when these experiences could happen, IRL.

“I live a lot of my life at nighttime,” ADÉ explains. “All of the most interesting things happen at night. When I was recording this past year, I realized the music told these stories. Usually when we’re leaving an event, I come to a crossroads. Somebody texts me ‘wyd after?’, and that determined how my night will go. Nightlife is a big part of the culture in the DC area where I’m from, so this came naturally.”

wyd after? represents a natural progression for ADÉ. After establishing himself under the name Phil Adé, the DMV talent served up a series of mixtapes and singles and shined on collaborations alongside heavy-hitters such as Logic, Mac Miller, Raekwon, and Bootsy Collins. Starting in 2013, he dove into honing his craft, writing in the studio with a variety of artists, perfecting his own sound as well as his live performance. He ultimately developed his voice immensely. During this time, he made extensive contributions as a writer and featured act to Wale’s #1 opus The Album About Nothing [2015] and Shine [2017], in addition to working with Raheem DeVaughn, Anthony Hamilton, Chris Brown, Eric Bellinger, Mýa, Trevor Jackson, Serayah, 9th Wonder and Bink, while gracing the stage on the sold out SHIN3 Tour. In 2017, he shared the solo single “No Fear” [feat. Tate Kobang and Saba Abraha], which soundtracked WWE NXT and clocked half-a-million streams. Upon the latter’s arrival, Billboard described him as “ready to seize his opportunity at rap stardom.” However, he changed everything for 2019. He opted to go by simply ADÉ, signed to Epic Records, and cooked up his first EP of the label, ALWAYS SOMETHING, showcasing a completely new side of him while continuing to carve out a place among hip-hop’s modern elite.

The tastemaker-approved EP boasted “SOMETHING NEW” [feat. Lil Baby], “SOMETHING FROM NOTHING” [feat. Rich The Kid], and “SOMETHING REAL” [feat. Wale & GoldLink], and more. Meanwhile, it attracted unanimous acclaim. Billboard applauded “the six-track EP is a reintroduction to the hip-hop stalwart’s talents on the mic, backed by his refurbished sound,” HipHopDX claimed, “the switch brings the refreshing energy to validate his change in direction.” In addition to looks from HYPEBEAST and more, Respect Magazine summed him up best as “an amazingly versatile talent.”

Now, it’s time to stay up all night with ADÉ on wyd after? 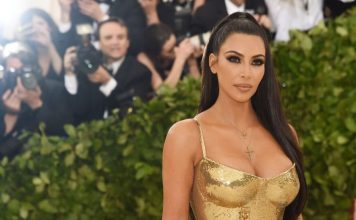 Mercedes cautious about trucks in U.S.