Today marks the release of Boy From Brooklyn – the label-debut from rapidly rising 19-year-old rapper, Smoove’L via Run Music / Interscope Records. On the 11-track mixtape Smoove’L (Lefty Sanders) uses his time to talk about relationships. It illustrates his highs and lows – the tape kicks off with “Facetime” then leads into previously released track “2020,” which includes a hard-hitting beat and his signature effortless hums. It also includes “Just A Dream,” which premiered on Worldstar Hip Hop before wrapping up with “Designer Warz,” on which he shows appreciation for a love interest who truly values him.

“I knew my time was coming, I love to create a raw fan base. I started my own wave,” he says. “People think you have to be famous in order to be an artist, but you don’t. No matter if you got a fanbase or no followers, you just gotta keep your image and go with the flow. Eventually people will believe in you one day.”

LISTEN TO BOY FROM BROOKLN BY SMOOVE L HERE

Late last year the Bed-Stuy rapper released “New Apollos,” a track that helped put him on the map. The single reached over a million views on YouTube within a month and caught the eyes of Genius and Lyrical Lemonade amongst others. Less than a year later the video has racked up more than 10 million views. The top of 2020 spawned continued success. In January, Smoove’L had his first live show at the Barclays Center for Yams Day.  Less than a week later, he released “Palm Angels,” a bass-heavy, melodic ode to the luxury clothing brand – and the women who wear it (debuted on Complex and was Pitchfork’s “New Rap Song of the Day”). That same month, he packed out SOB’s as the headliner for Hot 97’s “Who’s Next” concert. Although he’s largely associated with the Brooklyn drill movement Smoove’L brings a versatility in his music pairing confrontational rhymes with catchy melodies. “The way Smoove’ moves between speed-fueled bars of street hustles to melodic lines about the girl he wants, signals maturity and mastery of his artistry. He’s a rapper’s rapper with mainstream appeal, offering technical flourishes for the rap heads and sticky choruses for radio-friendly listeners ”says Complex of his sound. In addition to releasing bangers and performing live shows Smoove also participated as a contender for XXL’s Freshman Class 2020. 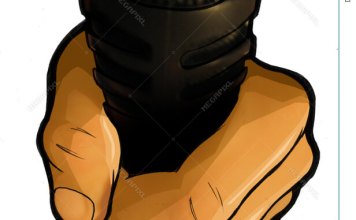 A.M. SNiPER teams up with Ayo Beatz on ‘SUPREME’