Emerging from the dark alleyways of Quebec’s crown jewel, Montreal, is a three-man group by the name of The Posterz.

Comprised of rappers Husser and Kris the $pirit, and producer Joey Sherrett, the unapologetic trio are proud to release their sophomore project entitled JUNGAon October 30th. The EP consists of four original songs, one remix of a Secret Sun record, and one chopped and screwed remix.

JUNGA will be released two years to the day they dropped their debut EP,Starships and Dark Tints,which landed them on the radars of the Huffington Post who named them a “Top 10 Artists to Follow” in 2014 and inNoisey US/UK/France/Canada, Complex, Red Bull Music, Les InRocks, the Montreal Gazette, and more.

The debut EP included their break-out single “The Bass Song,” a defiant anthem that came with an equally vibrant, self-directed video.

Full of their signature dark, ominous, and viscerally intense vibes, JUNGA ranges from modern-day boom-bap “Want It All” to a rock-infused love/hate anthem “Ben Up”, and even a flip of synth-pop duo Secret Sun “Cold Coast remix.”

Amidst the cacophony of nature sounds you’d hear underneath the Amazon canopy, slink Husser and Kris the $pirit own the tribal beat to relay a typical day in their concrete jungle environment. As they describe it, “We’re comparing hater and negative energy to shooters or hunters in the jungle.

We’re comfortable in our environment and stating that no one can fuck with us in that environment, we’re bulletproof.” 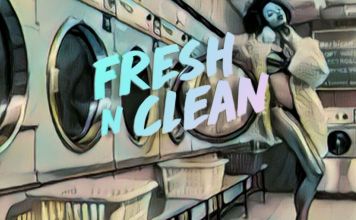