BET’s New Edition Story, a three part movie series has captivated the attention of many. While viewers initially tuned in to watch the long past due documentary of the R&B music group, New Edition, the cast members’ wardrobe seemed to have also been a commonly discussed topic. For example, viewers seemed to be infatuated with the 4 ball jacket worn by Bryshere Gray, who played Mike Bivins.

Costume designer Rita McGhee is an African American woman best known for her revolutionary and innovative costumes for the FOX TV series, Empire, the movies, “Whats Love Got to Do with It”, “Jungle Fever”, and Baby Boy”. This super woman was tasked with dressing over 60 cast members with over 20 differnet outfits changes for the New Edition group actors to match the various fashion trends of that time era.

According to an interview on Rollingout, McGhee says, “It was a lot. We had over 20 changes in the miniseries for all the members of the group and for each of them individually; as well as a cast of over 60 people that needed to also be dressed. We also had to make the ‘real’ (New Edition) happy. It was a lot but trusting in God and having my sister (Alita Bailey, assistant costume designer) as my assistant made it all happen.”

Rita McGhee had to effectively bring alive 30 years of musical history from when New Edition were children all the way up until they were adults, while simutaniously trying to mimic their evolving fashion styles. Although she was faced with an arduous wardrobe task, it was nothing McGhee couldn’t handle. Rita McGhee successfully bought the fashions of the ‘80’s and ‘90’s into 2017. 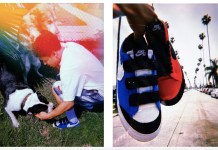 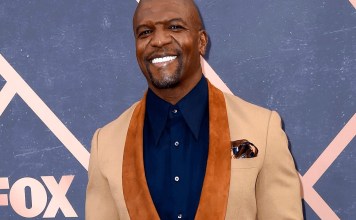 Terry Crews is Still Fucking With The LGBTQ+ Community!

ASDR is Back with New EP ‘Never Fold’

DJ Khaled is Pissed His Album Isn’t No.1