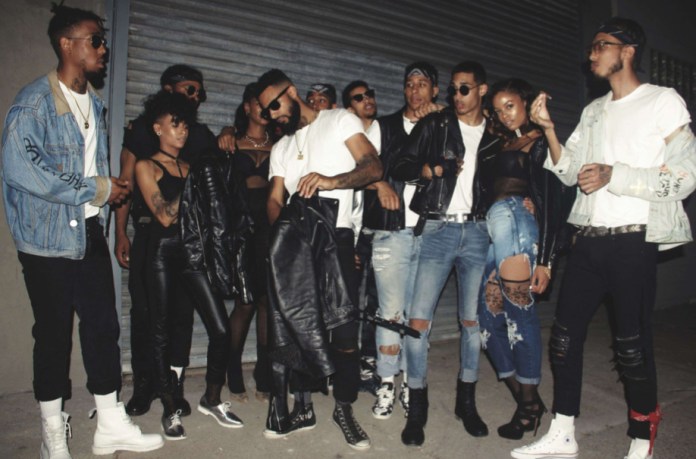 Devon Milan, an innovative black woman is one of the youngest boundary pushing celebrity wardrobe stylist to assist with various projects including Kanye West’s Yeezy SZN 3 collection, the Michael Costello collection, Meek Mill’s “Monster” video and her most recent shoot with Rihanna for the cover of Paper Magazine.

hypefresh had the pleasure of sitting down with the guru herself to dive into her world. Check it out below!

Q:How would you describe yourself?

Innovator, boundary pusher, all around creative, jack of all trades, I try to do it all.

Q:What collections have you styled or assisted?

The biggest show I’ve styled was the Kanye West Yeezy SZN 3 Collection at Times Square Garden, with 1500 models, 60k attendants and 20 million viewers. The next biggest show would have to be the Michael Costello Collection at Mercedes Benz Fashion Week. I have also worked with Rihanna for her cover shoot on Paper Magazine, Daniel Silverstein for his SS15 Collection, Oscar Uittier, Walter Mendez, Meek Mill for his “Monster” video, PNB Rock for his video, “Feeling” and Ethik’s clothing company.

Q:What encouraged you to start branding yourself as a stylist?

I’ve been into fashion all my life. I started off as a fashion coordinator for about 8 years. As a fashion coordinator, it basically entails coordinating fashion shows, photo shoots and booking/hiring necessary entities to be apart of a project. But that wasn’t giving me the fulfillment to create. I’m an artist and I basically use models as my canvas to express how I am feeling and to express what I am trying to put out. The messages I try to deliver are through concepts and clothing.

Q:What concepts do you circulate around?

I love to push boundaries. I love Disney movies, fantasy movies and holographic. I am also very intrigued by the 60’s. In fact, one of my professional shoots, I was able to link with a designer from London. One piece of hers alone was $20k, and she actually trusted me with those pieces. We did a Twiggy inspired photoshoot, shot in the projects of Harlem with VH1’s Black Ink Crew. We essentially bought couture into the projects.

Q:Where did it all start and how did you work your way to be the person you are today?

My parents are designers, they created their first boutique and they basically made runway style pieces for children. So growing up, I was wearing minks, chinchillas, Italian leathers and things that most children wouldn’t know about. It was really apart of my makeup. I was around the entire design process. They had me at the studio, in the factories and took me to the fabric stores, so it was naturally apart of me. In fact, when I was 16, I did my first fashion project. Instead of doing your regular traditional graduation project, I did a fashion extravaganza. On top of that, I lived in the suburbs where fashion wasn’t as prominent, but I managed to pack out an entire event venue at 16. I reached out to what everyone knows now, as Jeantrix. Jeantrix was huge, doing pieces for Blue Ivy, but before they came up, they actually did my first fashion show.

I grew up in Mt. Airy but went to school in the Montgomery county area where fashion really wasn’t a priority out there, so I decided to bring it to them. For example, during show and tell, when all the other kids were bringing in toys or an animal, I was bringing in magazines I was featured in or pieces that my mom bought me.

You seem to have a very in-depth sense of style; how would you describe it?

All-around. I am inspired by literally everything around me. I love colors and I am heavily influenced by decades and capsule collections. I love the 90’s. I was born in 1990’s so I was around for all the hip shit. The reason why I love this orange jacket is because I remember when I was little around ‘96, I was on South Street and people used to always wear the big bubble Hilfiger jackets and also wore real snakes around their necks that matched the color of their jackets. That was something that really just stuck with me. It was just so dope.

As a black woman in this industry, what is your mission and goals?

I want to show that people of color are meant to be here. At the end of the day, this is a Caucasian industry. They personally classify us in urban atmospheres, with rappers, with urban clothing and that’s not all we are. We give high fashion just like anyone else, and you can be young. I am one one of the youngest people to style major collections. I am 26 now, and I started when I was 24, 16 technically. My first big celebrity gig was Meek Mil’s Monster video and they gave me a week to accomplish that. The label was kind of hazing me and they gave me a very small budget to work with and I surpassed the budget by 100k dollars and I didn’t use any of their money, I did that on my own. So you know, we set the bar high and I just wanted to show that we’re meant to be here. You can be a women and you can be young. A lot of people give these type of jobs to predominantly gay men. You don’t have to be a gay man. We alone have it all. On top of that I am doing this all on my own. I have no manager or PR, I have no backing. Everything I have down has been solely from the muscle.

To other entrepreneurs and go-getters, what advice would you give them?

Keep going. There were so many doors that were closed in my face. People told me I had no credentials and that I didn’t even belong here. When I did the Michael Costello collection, he actually personally called me to come. When I got there, the representatives from IMG told me that I was a tent crasher, that there was no way that I could be working with Michael Costello and they told me to leave. Michael Costello had to come to the door himself to escort me in. They showed me absolutely no love or compassion, but I say that to say, doors will be closed in your face, but take it as ammunition. Don’t let it defeat you. Take it as ammunition so that next time those same people that doubted you will be sitting front row and working for you.

What are your future plans and where do you see Devon Milan in the next 5 years?

I see myself as a creative director. I have really been using styling to get my foot in the door, but I really love coming up with creative concepts and really expressing myself through film. I have also been dabbling in writing treatments. So hopefully to come you will see a really dope fashion film from me and treatments from a couple of rappers that I composed. 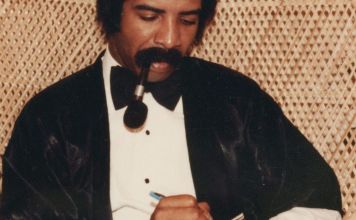 What We Expect From ‘The Sun’s Tirade’