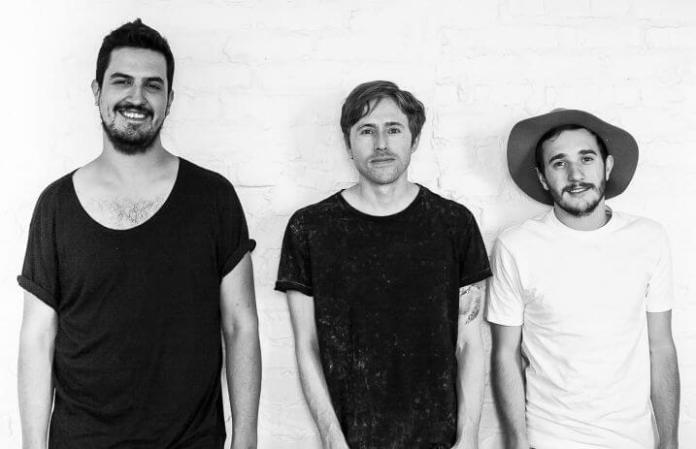 After interviewing Lydia’s lead vocalist Leighton Antelman ahead of their Philadelphia show, I was able to check out the band’s set at the TLA Friday night, March 16, at the TLA.

The band’s co-opening for Moose Blood March-April alongside McCafferty on the “North America 2018” tour.

The tour unusually kicked off with a cancelled Boston show due to weather conditions. But, Lydia said they’d be back in the city later this year.

Due to heavy snowfall predicted in Boston tonight & tomorrow, we are forced to cancel our Boston show & instore at newbury comics. Refunds avail @ points of purchase. The NYC show on 3/15 will be going ahead as planned. Sorry for any inconvenience but everyones safety comes first

After a New York stop, the band graced the South Street stage in Philadelphia.

Before the tour, the band released their impending summer album’s lead single “Goodside” via Weekday Records after having not released music for three years since 2015.

After a box office mishap, my photographer and I made our way inside the venue (a first for me) about twenty minutes into co-opener McCafferty’s set. With just under 4,000 Twitter followers and just over 5,000 Facebook likes, the Cleveland-based band’s looking for exposure on this tour. A common occurrence for openers, the crowd was relatively dead for parts of the set.

“We’ve got two more for yall,” the band said to the crowd which would top out to a a crowd of approximately 850.

Their set ended at 8:30, after the band played a song that caught my ear, “Yours, Mine, Hours”.

“Thank you guys, we’re McCafferty,” said the band, before making themselves available to meet at the merch table.

Lydia’s lead vocalist Leighton Antelman lead the band of five from backstage to where they belonged, center stage.

Other members are drummer Evan Chapman and guitarists Matt Keller, Justin Camacho, and Shawn Strader. The band has just over 15,000 Twitter followers and just over 65,000 Facebook likes.

“Hello, how you guys doing,” the band said to the crowd. “We’re a band called Lydia. We’re going to play some god damn music for you.”

Having released one song since 2015, the band’s set consisted of a mixture of songs from their first six albums, most notably playing “I Woke Up Near The Sea” off their 2008 album Illuminate. The crowd cheered after the first song. The band played two more songs before jumping into their impending album’s lead single “Goodside”. It was around 8:50 when I noticed the crowd’s attentiveness picking up.

In addition, the crowd began clapping and bopping their heads. As an opener, Lydia had completed their job by getting the antsy Moose Blood-ready crowd engaged in their set as well.

“You guys alright,” Antelman said. “We’re going to do an older song.”

Antelman sang passionately into the microphone (as if he was making love to it).

“Whose heard of his before,” the band said.” You guys are going to make (us) blush.”

“We haven’t been back to Philly in a little bit, so thank you guys so much out there,”

“Oooo” chants ensued while the band played “Goodside”, as cell phones went up in the air.

Lydia ended their set at approximately 9:20, 30 minutes before headliners Moose Blood were due up. Light blue hazy stage smoke began to release onto the crowd. The band encouraged fans to meet them at the merch table after Moose Blood’s set.

“Hey, thank you guys for coming out,” the band said. “You could be anywhere.”

At about 9:50 emo Brit rockers Moose Blood had the metaphorical dinner table set for them by their two opening acts and they were ready to feast. For the next 90 minutes the crowd got wild, as fans crowd surfed and got rowdy in the mosh pit. It was truly a night to remember.

While not headlining their own tour this time around, the Arizona-based band Lydia had a special element, which was great stage presence, that has me thinking at the conclusion of this tour and release of their summer album they can potentially rise to/above the level of Moose Blood.

Blond Is Now Available On Spotify

Meek Dicked Down Trina While With Nicki??

“Is Ya Broke Or Busted??” The Judge Ain’t Gonna Say It No More!!

Alexander Wang — A History of Our Favorite Looks from Balenciaga