The city of Los Angeles has officially declared August 24, 2016 “Kobe Bryant Day” to celebrate the legacy and career of the recently retired Lakers legend. The significance of the date is not rocket science if you were wondering. It stems from the two numbers Bryant wore during his 20 seasons in Los Angeles.

City Councilman, Jose Huizar said that Kobe Bryant Day, “is the city of Los Angeles ‘ way of thanking him for his single-minded dedication to excellence, the fans and the entire city and region of Los Angeles. for 20 year, we were all the beneficiaries of Kobe’s incredible talent and legendary work ethic..we’ll gather to say, Thank you, Mamba.”

Essentially, Kobe Bryant Day celebrates the efforts of Bryant during his 2o year span with one franchise. While his counterparts are in high hopes of achieving a championship regardless of the franchise, Bryant dedicated his impressive career to the people of Los Angeles making him deserving of such a prestigious award. Aside from his on-the-court performance, Bryant and his wife have contributed a great amount of efforts to assisting families in need while educating the younger generation to remain active through sports. As a follow-up to Kobe Bryant’s 38th birthday, today marks history as we celebrate a champion.

So today, we celebrate you Kobe for 20 years of excellence. Happy Kobe Bryant Day! 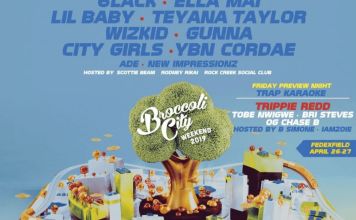 Obama on Libya: “One of my worst regrets”