Bringing a fresh spin to a classic West Coast sound, the soulfully melodic rap music of Los Angeles duo OSBS (On Some Bullshit) caught the ears of influential L.A. music business figure Big U. Rewarding their label benefactor’s faith, the duo show off their skills on the soul-sampling “It’s a Struggle” (Remix).

Buoyed by a passionate hook from Smoke, the two rappers swap stories about their troubles above a minor-key chipmunk soul sample, with D5 lamenting the lost life of a close friend in a liquor store shooting, and Smoke reflecting on his time in prison away from his daughter and her mother. The remix to “It’s a Struggle” adds some words of wisdom from Big U, who relates a story about gang violence in 1980s L.A. “It’s a Struggle” (Remix) is a highlight from No Cap, the OSBS duo’s upcoming EP.

About OSBS
With a co-sign from legendary behind-the-scenes West Coast figure Big U, OSBS (short for On Some Bullshit” aims to redefine the sound of party music in Los Angeles and beyond. Known for developing the careers of artists like Nipsey Hussle, Kurupt, and James Fauntelroy, Big U fostered the partnership of D5 and Smoke, connecting the two of them after Smoke’s release from prison. Shortly after his release, Smoke joined D5 and Big U in the studio to record “Everybody Baby Momma,” the duo’s raucous debut single.

When D5 heard the finished product, he turned to U and Smoke and said, “y’all on some bullshit”–giving the duo a new name. “Our whole purpose is to show people that there’s a different way you can do things,” explains Smoke. “Your past does not have to dictate your future. We’re the ones that people counted out and wrote off.” With recent social media shoutouts from Justin Bieber and Kourtney Kardashian, OSBS are well on their way to becoming the soundtrack of choice for the City of Stars. 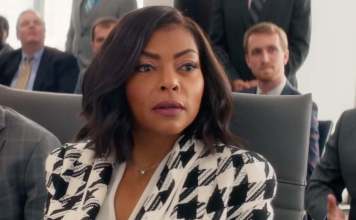 Taraji Plans To Bring The Laughs In What Men Want Remake

Michl Releases A Beautiful, Soulful Second Single, “When You Loved Me Least”

You Know You Done Fucked Up Now Trump!!! Impeachment Waiting!!