LeBron James, fresh off of winning his third NBA Championship, is back in the free agent market. According to Rich Paul, LeBron’s agent, the Cavaliers star did not pick up his option to remain in Cleveland for the coming NBA season — an option worth $24 million.

For the third consecutive offseason, LeBron is now in the open market. Unlike years past, though, James does not have any thoughts of moving to another franchise.

“I love it here in Cleveland. I have no intentions of leaving,” James told ESPN’s Dave McMenamin during Cleveland’s championship parade. “There are some technicalities to take care of I’ll leave up to my agent. That’s right from the horse’s mouth.”

In other words, James is probably looking to sign a larger contract with the Cavaliers for the future, so his becoming a free agent allows him and his agent to negotiate terms with Cleveland. The NBA salary cap is expected to rise to $94 million and James is likely testing the limit and ceiling of his future salary.

James has plenty of time to work out terms to a contract with the Cavaliers as he withdrew from Team USA’s 2016 Summer Olympic team. After James led the Cavaliers’ unprecedented comeback in the NBA Finals earlier in June, there is no doubt that he is in store to reap the rewards of those efforts. 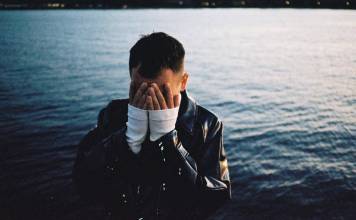 The Coronavirus Reaches The United States

Customize Your Gucci Ace Sneakers With These Embroidered Patches

Here’s The Most Valuable Sneakers of 2016