Leah Remini has a book due out on shelves today about her life, as well as an interview with People Magazine discussing Scientology, Tom Cruise, and more.

Remini has been studying Scientology since the age of 9, and just recently left after being a part of the religion for over 30 years in 2013.

However, now Remini is free, for herself and her family. “I’ve been given a second chance at life and so has my family,” Remini states in her People Magazine interview. “It’s like a rebirth.”

She continues to describe how she began to question the religion after being punished for questioning what she considered eyebrow-raising behaviors by church officials and the absence of her friend Shelly Miscavige, the wife of church leader David Miscavige, at the festivities.

In 2006, Remini attended the scientologist wedding of Cruise and then wife Katie Holmes, and noticed Miscavige’s wife was not in attendence and got skeptical. Remini filed a missing persons report for the wife of David Miscavige who had reportedly not been seen in public for six years.

After filing the report, the cops say Remini’s claim is unfounded, meaning Shelly is not missing, and that they reportedly saw her themselves. The church of Scientology issued their own statement in regards to Remini’s police report an claims.

“This ill-advised, ludicrous self-promotion and the media inquiries it generated caused an inexcusable distraction for the LAPD in an era when the time and resources of its officers are stretched thin each day. Creating this unnecessary burden for law enforcement was even more irresponsible given the entire episode was nothing more than a publicity stunt for Ms. Remini, cooked up with unemployed, anti-religious zealots who blog on the fringe of the Internet. Sadly, rather than move on with her life and career, Ms. Remini has aligned herself with a handful of untrustworthy, lunatic tabloid sources who obsessively harass the Church to advance their selfish agendas.”

The church has their own opinions on Remini. They deny nearly all of Remini’s claims in regards to her leaving the religion. “It comes as no surprise that someone as self-absorbed as Leah Remini with an insatiable craving for attention would exploit her former faith as a publicity stunt.” Remini responded to the church “I understand what they’re doing and why they’re doing it,” Remini stated. “It’s what they do. I was just hoping they’d be a little more imaginative.”

Remini had her own unique experience with dealing with Cruise. In her book Troublemaker: Surviving Hollywood and Scientology, she describes a one night dealing with Cruise with him wanting to make cookies. “‘Guys, where’s the cookie stuff?'” Remini recalled. “Goddamn it! Can I just get the stuff for the cookies, guys? Get in the f—king present time, is what you need to do. “Tom seemed like a child who had never been told no,” Remini wrote. “The whole scene was so painful to watch that I had to step in. ‘Oh, wait,’ I said, as if I had just discovered something. ‘Tom, is this it?’ Cruise replied back: ‘Oh, thanks.'”

In reference to how her family felt with Remini leaving scientology, she was happy her family had her back. “They simply put family ahead of the Church, which is often times not the case with Scientology families,” Remini stated. “I am lucky and blessed.” 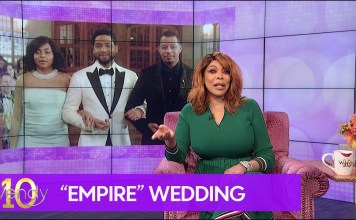 The Nike Air Huarache Gets A Fire Red Update

Psalm One – “Taming the Goddess” (Prod. by Drew Mantia)