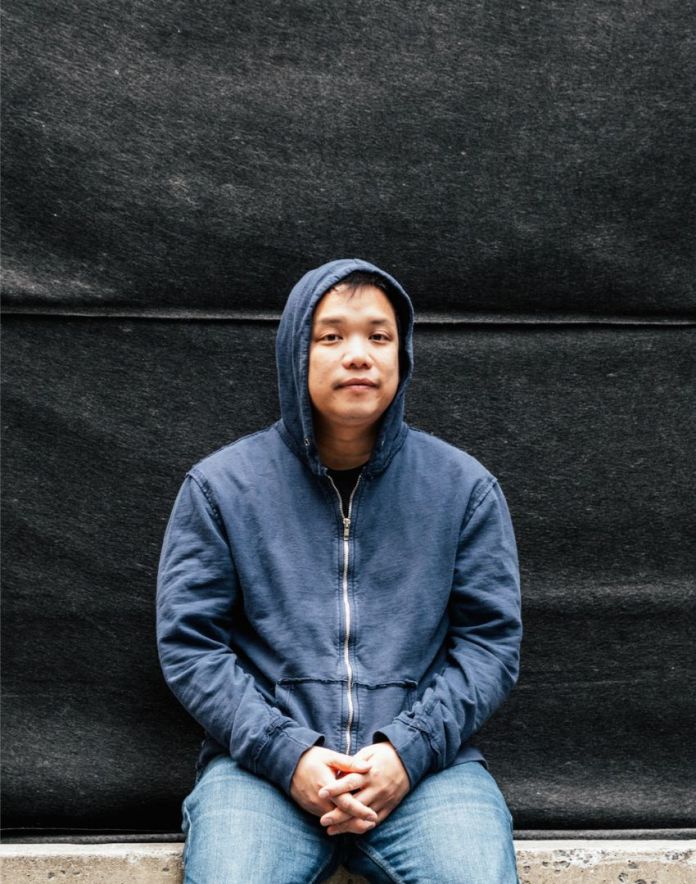 The Vinyl Vaudeville: Floor Kids Edition tour began April 26 in Montreal, Canada, a day before the soundtrack was released via Arts & Crafts, and will conclude May 19 in Boston, Massachusetts.

“We thought it would be fun to have the game available to try before the show starts,” Koala said. “So we are bringing custom Floor Kids arcade consoles on the tour bus and setting them up at each venue.”

Ahead of his tour and album release, Koala, the visionary scratch DJ and producer, released a slew of singles: “Five Spot Stomp”, “BrooklynVegan”, and “Build Your Crew” (My favorite track is “Five Spot Stomp”).

It was through JonJon that Koala was able to be part of video game soundtrack.

“I met JonJon (the creator/animator of Floor Kids) at the National Film Board about 10 years ago,” Koala said. “I think he’s probably the only one in the planet who could have created this Floor Kids world. He’s a b-boy himself, so he understands all the break moves enough to draw them as single frames.”

Admittedly, Koala said he was shocked at how well received the soundtrack has been taken in.

“We knew the b-boys and b-girls would dig it, but we were just at PAX East a couple weeks ago and to see the gamers try the game and respond so enthusiastically was a nice feeling.”

In addition to his video game soundtrack, Koala has contributed to the soundtracks of the movies Shaun Of The Dead, Scott Pilgrim vs. The World, and Baby Driver. Also, Koala has composed music for Adult Swim, Cartoon Network, Sesame Street, and the National Film Board of Canada.

Because of his genre versitilaty, the tour Koala’s currently on is his third of the year.

“We were just in Taipei with a show called Nufonia Must Fall, a live film/theater experience based on my first graphic novel,” Koala said. “In that show I play piano and turntables accompanied by the Afiara String Quartet. Last (month) I was in a few cities with the Satellite Turntable Orchestra Concert, where we set up 50 turntable stations and color coded harmony records in the audience. The crowd becomes an ‘ambient turntable orchestra’ and we create the music together. The music for that show is from my Music To Draw To: Satellite album, a collection of down-tempo electronic tracks I made for the winter months.”

Since officially starting his music career in 1996 with the release of debut mixtape Scratchcratchratchatch, Koala, from Vancouver, British Columbia, has toured with Radiohead, Beastie Boys, Arcade Fire, A Tribe Called Quest, and DJ Shadow, most notably.

In 2018, Koala’s still as busy as when he broke in the industry, if not busier. After tour wraps up, Koala’s got a few projects already lined up.

“I’m doing some work on a couple of film scores, one is a sci-fi film and the other is a comedy,” Koala said. “I’m also continuing work on my next graphic novel about a mosquito who joins a jazz band. And finally, I’m making some new tracks for Floor Kids featuring some of my favorite MCs.”

Koala said he’s open to working on more game music in the future, so Floor Kids might just be the start of video game soundtracks for him.

With a solid fanbase, including 180,000 spotify streams, 90,000 facebook likes, and 25,000 twitter followers, Koala considers himself underground. Still since 1996, Koala has been able to turn his passion of music into a steady income and career. Koala said the biggest difference in the industry now opposed to when he started is the many, different platforms and streaming services artists have to release and share their work on.

Piggybacking off that, Koala had some final advice for upcoming artists looking to get in the industry.

“Have fun and it won’t feel like work,” Koala said. “If you have a new idea you really believe in, don’t wait, start working on it immediately. (And) as often as you can, work with your friends.”

Could There Actually Be A Jay Z Album On The Way?

Shake Milton Is Stepping Up

Take A Ride On “The Ark”, Courtesy Of DJ Basta

A British Invasion: The Beatles, Now Available For Streaming