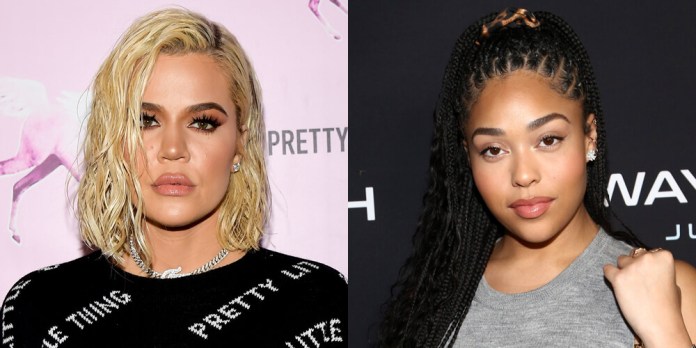 Khloe Kardashian has forgotten what she once was, FAT.

Khloe Kardashian is facing a lot of backlashes after she shamelessly fat-shamed Jordyn Woods.

Jordyn Woods and Tristan Thompson hooked up while he and Khloe were still dating — on Sunday’s “Keeping Up With the Kardashians” finale, according to Page Six.

“Tristan, f–k you if you can hear me! They both admitted it to me. Both of them. Fat f–king a–holes,” Khloe said while drunk screaming into the phone.

“Don’t say that you didn’t do something that you f–king did when you both f–king told me that you kissed, bitches!”

“Khloe Kardashian is really out here fat shaming Jordyn Woods. Bitches lose weight and forget where they came from,” tweeted one watcher.

“Khloe Kardashian sat up on KUWTK for a whole season crying about her weight and how she looked and now her ass is calling Jordyn Woods fat….on f–king television at that?” tweeted another. “I’m not one to shame for it, but your whole family got work done on their body….so like.”

Another viewer called out Khloé for hosting “Revenge Body” while publicly shaming someone else, writing, “Sooooo @khloekardashian has a whole tv show about fitness, @RevengeBody, yet calls Jordyn Woods fat on national television after crying for years about being body shamed by the media. You got lipo and lost your damn mind! You got your nerve.

This last person said nothing but facts! Khloe had no room to talk about Jordyn’s body. At least Jordyn’s body is real…I will leave it at that! Khloe Kardashian has no right to shame a real body that is being flaunted when she had to pay for hers!

Lil Uzi Drops “Stole Your Luv” Song After His Break Up

Rihanna, Coldplay & Chance The Rapper To Perform At Made In America

Chris Miles – All In Your Mind