If anyone knows anything about basketball it’s Kenny “The Jet” Smith. However, it seems like the former NBA player is going through some financial issues. A Kenny Smith divorce is looming.

At the moment his divorce from his ex-model wife is really turning into a war. Gwendolyn Osbourne is allegedly filing documents in an attempt to garnish his tv wages. The garnishment would go towards back support owed. Osbourne is looking to collect for both spousal and child support. His to be ex-wife is turning to Turner Sports to make the appropriate deductions from Smith’s check. Above all, she would be looking to collect a rough estimate of $16,000 for child support and another $28,000 monthly for spousal support.

The Blast confirms that the former model from the “Price Is Right”, originally filed for divorce back in October. Furthermore, she is claiming that the divorce is centered around the irreconcilable differences. The couple ended up marrying each other 12 years ago and have two children together. The former NBA player is in for a rough divorce. This is what Osbourne had to say regarding the situation:

“Kenny and I are parting ways very amicably. There is no one to blame here. We have amazing kids and will co-parent our children with all the love in the world.”

Kenny Smith serves as a co-host on the NBA show along with Charles Barkley, Shaq, Ernie Johnson.

Will Kenny Smith divorce end? How much uglier will this divorce get? Leave your comments below and stay tuned to Hypefresh.co. 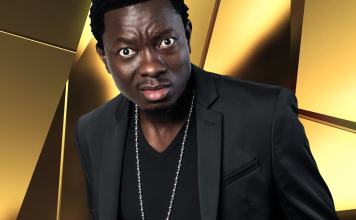 Michael Blackson to 50 Cent: “Get The Strap and The Spear”

5 Super Powers That We Wish We Could Have