Kendrick met with Rubin at the legendary producer’s own Shangri La Studios in Malibu, California. GQ got the pair together and let Rubin ask Kendrick Lamar whatever he wanted, which really opened up the discussion. They talked about Eminem, Dr. Dre, Michael Jackson, To Pimp A Butterfly, and other things related to music, but they also discussed inspiration, integrity, and meditation.

At another point in the interview, Kendrick said that, while he considers himself “first and foremost a rapper,” he’s open to making an album in the future where he doesn’t rap. He told Rubin: “I think I got the confidence for it. If I can master the idea and make the time to approach it the right way, I think I can push it out.”

So how does Kendrick keep his composure? Turns out, he meditates for “at least 30 minutes” every day, or every other day, and lets himself “just sit back, close my eyes, and absorb what’s going on.” Meditation allows him to slow things down, because, as a musician, “the years are always cut in half, because you always have something to do.” He added: “It just goes and then you miss out on your moment because you’re so in the moment you didn’t know the moment was going on, if that makes sense.”

While Kendrick is now a global superstar, he’s still inspired by his origins. When Rubin asked him what his inspirations are, he talked about his upbringing. “First off would have to be how I was raised,” Kendrick explained. “The environment. My father being a complete realist, just in the streets. And my mother being a dreamer. It starts there first, before I even heard any type of melody or lyric. That’s just DNA. It’s always the yin and the yang, the good versus the evil.”

As the interview on the studio lawn wrapped up, Rubin told Kendrick that it was fun talking to him and asked if there’s “anything else you want to talk about.” Kendrick replied, “Let’s check out this space, man! I’m in a creative zone!” Rubin agreed, and the duo is then shown working together in the studio.

The clips in the studio are muted, so we don’t know what the two cooked up, but we’re definitely looking forward to it. Check out the video at the top for the full interview between the two. 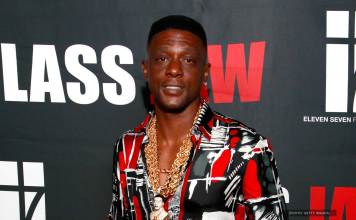 Texas Instructor Suspended After Calling the Cops on a Black Student