The event was hosted by Brittany Lewis and fans drank their cocktails and drinks provided by Jack Daniels while K. Michelle broke down her album song by song.

After she finished talking about each song, K. Michelle mingled with guests as music was played in the background thanks to DJ Kitty Kat.

More Issues Than Vogue will be available everywhere March 25th. You can pre-order the album here. 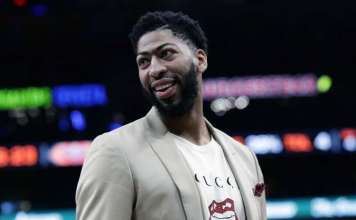 Pelicans Holding Davis Till The Off-season, Lakers Chances Are Slim