For the second consecutive year, the 20 contenders for the Oscars are all white, yes ALL white. This has become a concerning and upsetting issue for the community of black actors and actresses. Spike Lee and Jada Pinkett Smith are some who have publicly stated their opinions on the chosen nominees, as well as stating they will not be in attendance of the Oscars.

“How Is It Possible For The 2nd Consecutive Year All 20 Contenders Under The Actor Category Are White? And Let’s Not Even Get Into The Other Branches. 40 White Actors In 2 Years And No Flava At All. We Can’t Act?! WTF!! It’s No Coincidence I’m Writing This As We Celebrate The 30th Anniversary Of Dr. Martin Luther King Jr’s Birthday” Spike Lee.

Lee continues with quoting parts of Dr. King’s “I Have a Dream” speech, in relating it to why he is taking a position and why we all should. He points out that the problem is coming from the “gate keepers” at the top of media networks and Hollywood studios in controlling the decisions being made.

Smith has been consistently promoting her opinions on the lack of color within the group of contenders. She tweeted:

“At the Oscars…people of color are always welcomed to give out awards…even entertain, but we are rarely recognized for our artistic accomplishments…should people of color refrain from participating all together? People can only treat us in which the way we allow.”

Smith later posted a video with her going more into depth on her views of how we should react to this. She believes we should not be begging for awards and attention because “we have always been a people of dignity.”

Will more of black Hollywood come out boycotting the Oscars? It will be interesting to see the affect this will have with the black community as well as the academy itself. 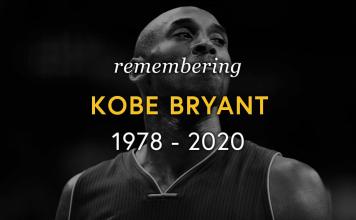 Kyrie Irving Blesses Homeless Man with a Handful of Money

LISTEN: Virginia’s Rari Makes His Audio Debut On “The Realest”