“It’s time to take people to another world with music. I’ve been listening to a lot of oldies recently, like Prince’s Purple Rain and Bob Marley, the legend. I’ve been inspired by melody and ‘They Say’ was inspired by that feeling of being drunk in the club and the ride home after… The hazy orbit that you enter- that head spinning motion.” – Iamsu!, “They Say”

With California hip-hop acts like Kendrick Lamar, DJ Mustard and YG bringing critical acclaim and national attention back to the Golden State, many other artists are working extremely hard to make sure California continues to shine. The often misunderstood but highly-talented Iamsu! is at the top of that list, and after you see this eclectic new video, you are going to see why.

The Bay Area mastermind is as committed to producing a high quality and unique sound as he is rapping about it, and it definitely is paying off. Already lauded by SPIN magazine as its “Best New Artist,” Iamsu is quickly developing a reputation for creating dynamic songs full of emotion. “The first big misconception about me is that I’m only a feature artist or only a producer,” Iamsu! says. “The second misconception is that I’m not an independent rap legend.”

As part of the now-famous Heartbreak Gang collective of rappers, singers and writers, Iamsu! has been working diligently with other California acts like Ty Dolla $ign and Sage the Gemini to place an emphasis on creating better music more so than witty punchlines with no replay value.

What’s even more noteworthy is that Iamsu! is doing this all at the ripe age of 25. Having already garnered the respect of industry titans like Wiz Khalifa and 2Chainz, Iamsu! is quickly creating a name for himself as a go-to artist for unique creative energy as well as one with a serious work ethic. Whether it’s from appearing on the Late Show with David Letterman or doing a feature with Bay Area legend E-40, Iamsu! is totally at home and is here to stay. 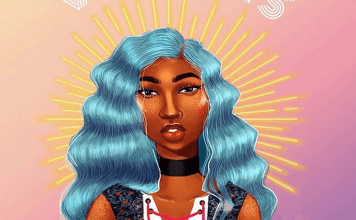 Cameron Monaghan is Leaving Shameless After A Decade