HLZBLZhas impressed upon thousands of fashionistas worldwide. HYPEFRESH, Inc. CEO & Founder Clark Kennedy opens up on his beliefs on why HLZBLZ will become the leading independent womenswear brand by 2017.

“About two years ago, I stumbled on HLZBLZ through a click-through link via the internet. I was really impressed… I mean, super-wowed at the presentation of the website, models and clothing. What truly captured my attention was the focus on ‘independence’ for the ladies who chose to wear/model HLZBLZ. It was liberating to see the ‘power of freedom’ being regained through physical expression.

Women nowadays are subjected to a bubble of ‘appearance’ expectancies. If it isn’t the tight bodysuits, heels or skimpy-catty clothing – it seemed as though it wasn’t cutting it.. No exceptions granted. The generalization that a woman must always be seen in “sexy” clothing plagued the media, advertising… as well as millions of ladies who wanted to dress up. Who wants to be accepted if their only seen half naked or pin-up dolled?

HYPEFRESH, Inc. gets tons of look-book submissions for womenswear from indie brands. And none of them compares/competes to the vision of HLZBLZ. And i’m not hating on them… but most competing brands imitate the style purveyed by big booty Hip Hop music videos. Where’s the creativity?

“I salute Miss Lawn for changing the paradigm of style options for women.”

“She dared to be different with her designing. Her vision has touched the hearts of millions, and allowed a mutual expression in appearance for women worldwide. Now, celebrities such as Rihanna, Blak Chyna, Rita Ora… and many more have embraced her brand. Yeah, her designs are ascetically pleasing to the eye in rebel fashion. But I believe her success is mainly due to her stance against the social acceptance.

Who gives a fuck about looking pretty all the damn time? Im not a woman, but i’m sure ladies want to dress up in rebel, and look dope as shit. Who ever said a girl always had to look ‘lady’-like to be accepted socially?

And because of this, I believe HLZBLZ will become the most influential independent streetwear brand by 2017. Miss Lawn & HLZBLZ are opening up the door for options. And who doesn’t like having a few to choose from? The new-generation are our leaders. The youth bring vigor, wit and creativity to the forefront of society. They will pave the way for many to come. Call it what you want, HLZBLZ is starting a new trend for women fashionistas worldwide. Exercising their rights to distinguish themselves day to day.

Head over to HLZBLZ.com here.

And peep a few more looks below: 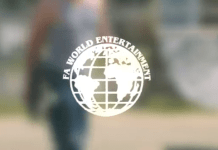 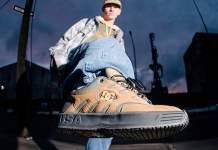 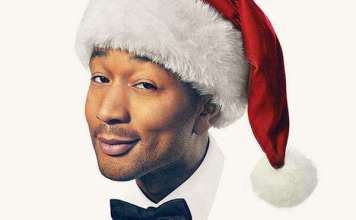 Ravyn Lenae – Everything Above (Official Video)