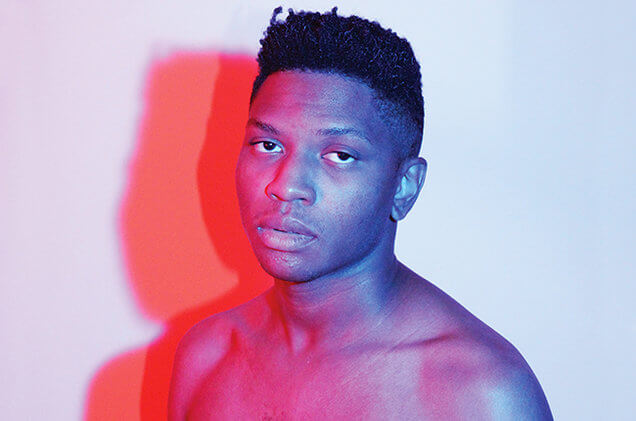 GRAMMY® Award-nominated critically acclaimed singer, songwriter GALLANT releases his first official single of 2018“Doesn’t Matter.” Get it HERE via Mind of A Genius/Warner Bros. Records. It paves a path for the arrival of the artist’s second full-length album – one of the most anticipated offerings of 2018.

Above stark production, tempered by echoes of cinematic synths, “Doesn’t Matter” highlights the expanse of Gallant’s vibe and vision. It climaxes on an immediately irresistible hook emblematic of his uncanny ability to leave a lasting imprint.

Gallant’s resounding impact could be immediately felt on his preview track“Gentleman.” Right out of the gate, The New York Times touted it as “a searing ballad.” Including the tune among “5 Songs You Need to Listen to This Week,” Time claimed, “he has remained one of the genre’s best-kept secrets – so far. That’s bound to change as he continues to hit the sweet spot of soulful grooves, dark R&B, and haunting electronic production.” Pitchfork summed it best by writing, “‘Gentleman’ smolders in tension until it fades out.” NPRlauded it among “Songs We Love” as further praise came from Vulture, i-D,Pigeons & Planes, Fader, Complex, MTV, and more.

This latest phase came to life on stage with a string of intimate sold-out shows on both coasts. He headlined a pair of packed New York City gigs before taking over the Masonic Lodge at Hollywood Cemetery back in Los Angeles.

Balancing vulnerability and vitality as well as sentimentality and seduction,Gallant proved himself to be an iconoclastic presence for R&B upon emerging in 2014. His breakout debut Ology landed a GRAMMY® nomination for “Best Urban Contemporary Album,” bowed in the Top 25 of the Billboard Top 200, placed on Entertainment Weekly’s “25 Best Albums of 2016 (So Far),” and incited applause from The Guardian, Pitchfork, Q, and more. Between touring with John Legend and gracing the stage at Coachella, he delivered unforgettable performances on The Tonight Show Starring Jimmy Fallon,Later… with Jools Holland, and NBC’s Today, to name a few. With all of these accolades, Gallant laid the foundation to make a big and bold statement with his forthcoming second offering.

3 Mangas that are just getting started

Did Jussie Smollett Stage His Own Hate Crime?