The San Francisco Bay Area is known for its diversity, breath-taking scenery, and Silicon Valley.

The Bay is also the home of many legendary rappers such as E-40 and Too $hort. Because of its rich history, it will always be an important staple in hip-hop culture; however, for quite sometime, artists from the area have blossomed intobonafide stars!

Oakland’s own G-Eazy alongside HBK Gang’s Iamsu!, Kehlani, and Sage the Gemini, are the artists with the most buzz, but there are five other notable and promising artists that are worth your attention.

Caleborate is one of the areas newest and most exciting young talents. He has built his fan base through constantly performing in Oakland, San Francisco, and his hometown Berkeley. Caleborate’s music is honest and soulful, which is unique in comparison to other Bay Area artists. His latest effort, Hella Good, showcases his skills as an intricate storyteller and crafty wordsmith.

HBK Gang’s roster is full of promising young talent. Sage the Gemini has two songs that charted on the Hot 100, Kehlani dropped one of best R&B albums of the year, and Iamsu! has been consistent with releasing solid projects.

Now it is time for the collective’s co-founder CJ to shine. Just like his HBK counterparts, CJ has songs in his catalog that create a fun, party atmosphere such as his recent track MSGD. But he also has songs like “Ashley” which is a more personal record that touches the soul.

As we await for his new album, CJ will continue his mission to make feel-good music: “I literally make music to make people feel better…because that’s what it does for me.”

Rayven Justice is a budding singer from Oakland. Him and his brother Raymen started off as a duo called the Justice Brother, until he was shot and killed in 2010. In his memory, Rayven has been fully-committed to his craft in order to make his younger brother proud.

His record “Slide Thru” was popular in the Bay Area, receiving much airplay on San Francisco’s KMEL. He even had the opportunity to be an opening act for KMEL’s annual Summer Jam concert.

Laroo Tha Heavy Hitta has had a presence in the Bay Area music scene since the 90’s. He has released 15 solo albums from 2000 to 2012 and has several collaborative albums with rappers such as The Jacka and Turf Talk. If you appreciate a rapper with grit and street sense, then you will enjoy listening to Laroo.

Laroo is currently signed to E-40’s Heavy on the Grind Entertainment and is the co-founder of Timeless Music.

At this point, everyone has seen or heard of Berner. Whether its on Wiz Khalifa’s “Day Today” vlogs or his tours, people are aware of the San Francisco native.

Berner has been on the grind way before linking up with Wiz. He already released 10 independent albums — some of which charted on the Billboard’s Top Rap Albums chart — prior to inking a deal with Taylor Gang.

As of late, Berner has been working with legends. He recently dropped a mixtape with Cypress Hill’s B-Real and is preparing to release his new EP Contraband with Cam’ron. 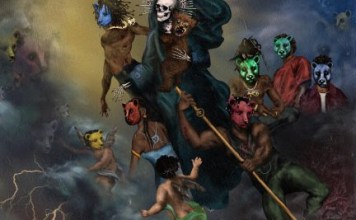 Lamar Odom Is Reportedly Showing No Signs of Improvement