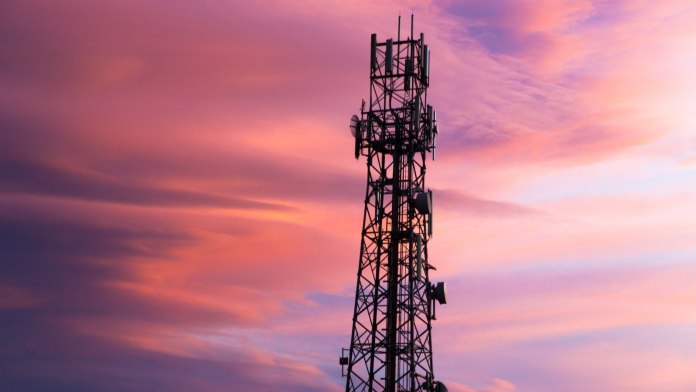 Originally, I wanted to catch up with my dear friend and esteemed colleague Steph Nash to dive into her rigorous marathon training, the progress of her radio show, new music and her children’s clothing line.

. But it seems as though she has evolved into a woman on a new mission. She did not wish to discuss these surface level topics. Instead, she opted to share the wealth of knowledge and information that she acquired through Glioblastoma research, her own experiences and connecting with other patients and their families. Since being diagnosed with this rare and dangerous form of brain cancer, her efforts to unearth the ultimate truths have been paramount, shifting her focus and business models accordingly to spread awareness. Steph immersed herself in information, discovering new findings and correlations that brought her closer to the truth. A truth so widely controversial that it could shatter the very thought of cancer, it’s underlying effects and the leading causes that remain hidden to the public eye.

According to the LA Times, health risks from radiation emitted by cell phones and the transmitters that carry the signals have been at the forefront of conversation. Perhaps it’s ecological. Some suggest biological. Maybe even genetic, but regardless of the inception, treatment and preventative techniques should evolve as the very diseases they are created to obliterate. But in order for this feat to succeed, inquiring about the root is paramount for such discovery. And who better than a woman who was diagnosed with Glioblastoma to unveil the truth behind the flaws and health ramifications of 21st century technology and the direct correlation to cancer?

In essence, we focus our efforts on 5G networks.

What prompted this conversation was an Instagram post where Steph shared a video exposing the correlation between 5G network towers and brain damage. After closer examination, the LA Times also supported this notion highlighting the results of a widely controversial study. In theory, National Toxicology Program researchers released preliminary data in May of 2016 that showed “small increases in tumors in male rats exposed to cellphone radiation.”  After being exposed to nine hours of radiation daily over their whole bodies for two years, researchers found “increased incidences of rare brain and heart tumors starting at the federally allowable level of cellphone radiation for brain exposure, with greater incidences at about two and four times those levels.”

Last year, the U.S became the first nation to allocate a large number of airwaves for 5G, which are slated to arrive as early as 2020, offering “transmission speeds at least 10 times faster than today’s 4G capabilities.” According to IGR, industry officials will spend about $56 billion to develop, test and employ 5G services in the U.S. through 2025. Although scientists are negating these findings due to sample size, outliers and external factors, the results show a direct correlation that should be investigated further. And if rats can become cancer prone with only a small dosage of radiation, what do you suppose would happen to humans who use their phones 24/7/365?

We were able to catch up with Steph Nash about more than just the idea of Glioblastoma and more about what it means to educate and research the underlying health detriments of our environments as we move into a technologically sound world. Check out or conversation below as we dive into a vulnerable and informative conversation about the move to 5G and brain damage.

Q: Since our last conversation, how has Steph Nash, the woman evolved?

A: Interesting question. I don’t believe I fully appreciated how precious time is. In retrospect part of me had been burned away by life experiences. I often focused on everyone else but me. Meditation and reflection was never something I participated in. I actually recall getting kicked out of yoga for catching a case of the giggles. I believed it to be a waste of valuable time and too slow pace for me. I haven’t done yoga yet, but I now meditate and reflect since my diagnosis. You could say I pause more and take time out for me without feeling guilty.

Q: You recently shared a video on Instagram highlighting the correlation between 5G networks and brain damage. Can you elaborate on these findings a bit more for those who are unfamiliar?

A: There is a new wireless technology called 5G. We use to be at 2.4 GHz Wi-Fi and 5G is between 24 to 90 GHz. To put that in perspective, that is 90 billion electro- magnetic waves hitting and going through your cells and wifi every second. This is far from natural. 5G has been forced on us and bill SB49 in the US is going to allow these companies to place these transmitters in front of our homes and school yards. 5G doesn’t travel very well which means transmitters will be placed every 2-7 homes and they will not ask for permission and don’t require it with this. This bill removes our rights to protect ourselves and families.

Q: And since you have been diagnosed with Glioblastoma, how has this journey changed you as a person?

A: After being diagnosed with Stage IV Glioblastoma, it forced me to start asking for help and support, something I have avoided all my life. I’ve learned being strong all the time does not make you weak or needy. It’s not healthy or realistic to go at something of this magnitude alone.

Q: Do you believe an increase in cell phone usage is the cause of brain damage? If so, what other research have you found?

A: Absolutely I do. Do you know that years ago cellular phones use to have a booklet detailing safe use distance when using these devices? Over the years, the literature got smaller and smaller. One of our Canadian MP’s held a news conference detailing that literature can only be found on cell companies websites but you need to dig deep to locate this. Brain cancer, particularly Glios, use to be common in men over the age of 60. Increasing numbers now show this disease no longer discriminates, all ages and ethnicity are not immune. Ironically, I worked for the local phone company in an outside plant going up telephone poles and in manholes, coincidence I don’t believe so. Read the blog by scientist Doctor Lennart Hardell and you will learn a lot.

Q:You’re selling Glio T-shirts with a song download that will benefit Glioblastoma research. How can we get involved and spread awareness?

A: As you recall in 2015 I was working on my album. I had to fall back do to my health. However things are moving along. I have been blessed to work with Big Sproxx and O.C. on a very meaningful song that I will be releasing in the next few days called “Strange Fruit.” This song has assisted me with fighting this monster that invaded my brain. I guess you could call it my “Rocky Anthem” to continue fighting. I made Glio shirts and with every purchase of a shirt, a percentage of the proceeds will be provided to the Sunnybrook Gord Downie Brain Cancer Research Fund. This is same medical centre I am being treated at. Both Mr. Downie and I are fighting the same disease. Sunnybrook has phenomenal medical team and they were the first to breach the Blood Brain Barrier (BBB) to provide chemo for Brain Cancer. Please go to www.stitchnrhyme.com to purchase the shirts and you will not only be supporting much needed research but you will also receive free download of the song produced by myself and Big Sproxx, written and performed by O.C.

What message do you want to share with others who are experiencing the same journey as you?

Reach out and build a support group with others who have this disease. Nobody can imagine or comprehend the impact this terrible disease has on you except those living with it. I have learned a lot about side effects including what others have tried to ease them. This is your brain, it controls everything and the fight is extremely difficult. Work with your families, caregivers and medical professionals. My family has been my pillar of strength. Their entire world changed forever. Be open to alternative treatments and never give up. Natalie Corbin, a supporter whose husband passed from this disease said it best “Nobody Fights Alone”. We need a cure!”

For more information on Glioblastoma and how to get involved, visit here and here help fund the cause.

Special thanks to Steph Nash, the most resilient woman I know.

Gary Clark Jr. Has So Much Emotion In ‘The Story of Sonny Boy Slim’

The Star Wars Saga and How to Watch it