Creating a fresh blend of cerebral introspection and brash attitude, it’s no wonder that J. Cole tapped Cozz to be the L.A. representative on his Dreamville label. Striking out on the road for the second time this year, Cozz announces his role as the primary support at on Dom Kennedy’s “Win Or Lose Tour.“ Kicking off on October 28th in Detroit, the “Win Or Lose Tour” spans the nation, reaching Chicago on Halloween night, stopping in New York City’s Sony Hall on November 3rd, and passing through several other major markets in the East Coast, South, and Midwest before heading to Cozz’s home West Coast for a 12 dates. 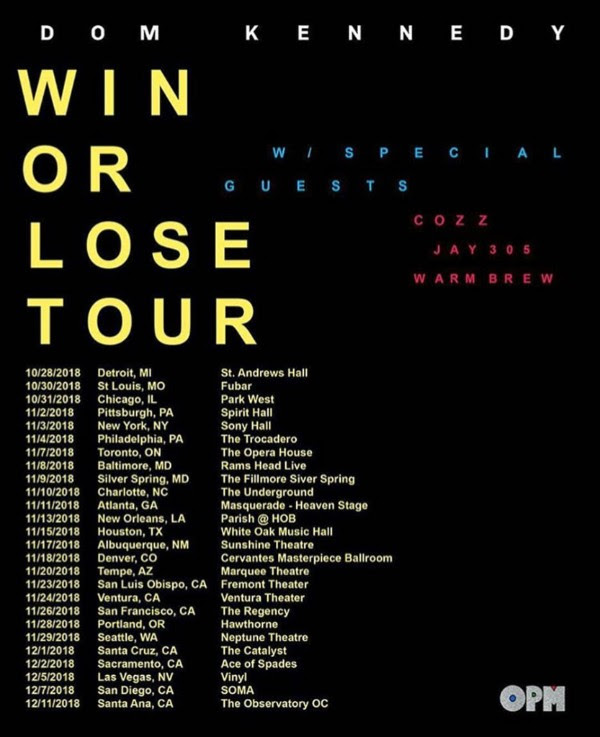 Cozz’s prominent spot on the “Win Or Lose Tour,” which also features support from Jay 305 and Warm Brew, closes out an eventful 2018 for Cozz, who released Effected (Dreamville/Interscope Records),which features A-list collaborations with Kendrick Lamar, J. Cole, and Curren$y, in February, and headlined “The Effected Tour” in the Spring. A favorite artist of Issa Rae’s, Cozz earned a shout-out in the first season of Insecure.

Buy tickets to the “Win Or Lose Tour”: http://dreamville.com/cozzxdom/ Did Jussie Smollett Stage His Own Hate Crime?