Drake’s gonna need a good excuse for this one.

A video of his concert filmed back in 2010 shows the rapper complimenting a girl he called on stage. He then proceeds to fondle and kiss the girl to the general applause of the crowd.  However, it’s only afterward he asks the girls age. To which she replies 17.

The Daily Beast outlines the immediate response from Drake and his fans:

“I can’t go to jail yet, man!” shouts Drake, to amused cheers from the crowd. “Why do you look like that?!” “Well look, I had fun,” he continues. “I don’t know whether I should feel guilty or not, but I had fun. I like the way your breasts feel against my chest. I just want to thank you.”

Drake then kisses her face several times again before bidding her adieu.

Of course, this video sparked outrage across Twitter and the rest of the internet. And though Drake and his team still made no comment on the matter, it’s only a matter of time before they have to respond. Unfortunately, this news surfaces immediately after his epic NYE Party, and possible collaboration with J.Cole.   And if you recall, Kanye has been steaming after Drake followed his wife on Instagram. Do you think Kanye could be responsible for the video surfacing online?

What do you think about the Canadian rapper’s controversy? Are you still able to listen to his music? Please comment below and for more gossip, keep it locked to hypefresh.co! 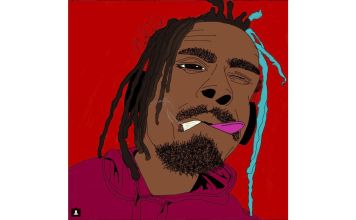 Craze 24 releases visuals for ‘We Run The Roads’

A$AP Rocky Aint No Pussy: Gets in Sweden Fight