Former players who played in or against high scoring offenses weighed in their opinion on the Golden State Warriors.

“I can honestly say that might be the best offense I’ve ever seen,” Scott said to The Undefeated. “So many weapons and so many great scorers. They can beat you with their shot and they can beat you off the dribble, which creates even more problems.”

The Warriors defeated the Cavaliers in Game 2 of the NBA Finals Sunday night.

“We forced them into 20 turnovers and they still beat us pretty good,” Cavaliers forward LeBron James said.

The Warriors have three NBA All Stars, and the highest efficiency rating ever at 113.5 per game.

“Just watch the film I directed and wrote called The Golden Democracy. It’s all right there,” Kobe Bryant said to The Undefeated.

The recently retired future hall of famer had more to say.

Next up, Isaiah Thomas chimed in.

“This Golden State Warriors team that we are watching is going to go down as one of the best teams to ever play and should be talked about in that light,” Thomas said. “You’ve got to compare their offense [to Showtime], but the eras are so different.”

Personally, our take is the offense is good, but we’ll have to see how the rest of the series goes to determine if they’re great. Yeah, adding Kevin Durant this season was a nice, strategic move, but it may tarnish their legacy looking back in the future.

Game of 3 of the NBA Finals will be played tonight at 9pm Eastern in Ohio for the first time this series. 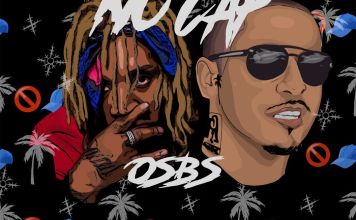 Lala Carmelo Fucking Again??? All Because Of Kiyan??

Souls Of Mischief’s “There Is Only Now” Delivers The Goods

Dallas Mavericks Give Courtside Seats to the Brave Soldiers of America