DJ Mustard is well known for several hits like Tinashe’s “2 On,” Omarion’s “Post To Be,” Jeremih’s “Don’t Tell Em.”

Since he’s been building on his brand, he’s felt that he hasn’t been recognized for “Classic Man” and “Fancy.”

So, DJ Mustard took to Twitter to vent saying:

“The producers of fancy sued the niggas that did classic man nigga suing for shit they aint start…. Fancy was a rip off….Classic man’s a rip off…. Str8 up!”

Mustard later deleted the tweets, but continued to defend his case.
Everything started on Twitter when Azalea stated that she gets a percentage of “Classic Man”, and that the song samples “Fancy” earlier this summer.
Jidenna and Janelle Monae visited Hot 97 to talk about the Eephus album coming out on Friday, and to clear the air.

“Mustard, he’s from LA and I live in the Bay. As you know the Bay area sound has influenced a lot of people in the world. I don’t think Mustard can own the sound at all… And also some of the people have said that Iggy Azalea is getting paid off of this record, I’ve seen that a lot. The truth is we didn’t sample it, but ever since the decision of Robin Thicke and Pharrell; we believed it was important to make sure that we’re safe… You gotta put the paperwork in place.”

After being asked “Wouldn’t it be ironic if Iggy Azalea had sued someone for having a record that sounds like Fancy?’ To which Monae replied, “She steal from us, we steal back” 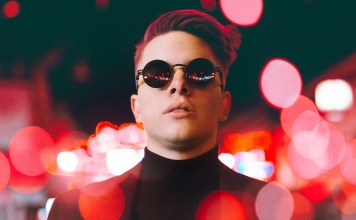