Ethan A. Schmidt, a professor at Delta State, was shot and killed on Monday.

The whole campus was on lockdown while the police searched for the suspected shooter Shannon Lamb, who’s a History Professor at Delta State.

Lamb may have been connected to another murder that took place, 41-year old Amy Prentiss was found dead in her home around 10 a.m. According to the Cleveland Police Department, no students were injured. All the schools in the Cleveland School District will be shutdown until Wednesday.

Freshman, Taylor Blue says she was scared when she had received a text from her school saying that campus had been locked down.

Don Mitchell, an English professor at Delta State spoke on the wonderful person that Ethan Schmidt was saying: “He was a great scholar, a great friend and a gentleman in every sense of the word. We are heartbroken, especially for his family and three children.”

Lets take a moment and just send prayers to the family and friends of Ethan Schmidt. Lets also pray for protection for the city of Cleveland. 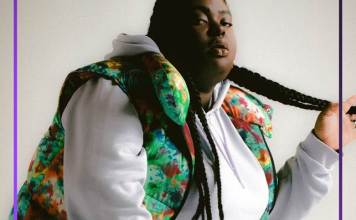 Chika Releases New Remix to “On My Way”

The Science of Dressing Up