Since yesterday was National Chocolate Day, let’s celebrate by looking at some of our different chocolate celebrities. The main three types are Dark Chocolate, Milk Chocolate, and White Chocolate, so let’s look at a nice variety.

Sevyn Streeter is working hard to make music that matters to her while staying real in the industry. She just released an EP called “Shoulda Been There”, and she’s already working on another one. Sevyn is certainly an underrated R&B artist but her time is coming, and she’s coming in strong. Sevyn has a beauty that will always remain, outside and inside. She has a good heart and it shows in her music.

Kelly Rowland is a beautifully talented woman. She has been working hard since a young age, and has become more than just a singer, but an entertainer. Kelly has emerged from a young girl to a grown woman with a young child and still has a promising career. She just released a new song on Soundcloud called “Dumb”, and can be seen on “Empire” playing Luscious Lyon’s mother.

Gabrielle Union, a timeless classic woman. She seems to not age. Union has become quite the accomplished actor, and is doing very well with”Being Mary Jane”. Union is far from a regular beauty queen, she likes to get down and dirty. She frequently plays sports in her spare time and works out, but can be seen on the sideline cheering for Dwayne Wade. Union goes in, and even calls out Wade when he does something she doesn’t like, on & off the court.

Taraji P. Henson is an amazing example of hard work paying off. Henson worked hard to have her son and her career. Henson has look at every age from bein a student at Howard University to being the gangster mom Cookie on “Empire”. Henson is killing the game, and has only become more attractive with age, not simply by beauty, but grace, elegance, and staying power.

Serena Williams is a fantastic tennis player, and a great girlfriends according to the sources that say her and Drake are dating. Williams has won multiple awards, titles, prize money, and a lot more, but we saw what seemed to be a more personal side to Williams this year that we haven’t seen since her relationship with Common. Williams stunned in New York magazine’s cover, and that was just a good part to an amazing year. Williams is now the guest editor for Wired magazine and shows no signs of slowing down.

Drake, or Champagne Papi has had an amazing year. If nothing else, it is impossible to miss his song “Hotline Bling”, especially with the jokes about the video all over social media, but this year alone Drake became the first artist to have 100 top 100 singles. That probably just motivated him to get back in the gym and give the people want they want. This muscled Drake is a big difference from Degrassi.

Michael B. Jordan was known by some for his role on “The Wire”, but became a household name after his movie “Fruitvale Station”, and has since be named a sex symbol. Jordan is definitely on his way to being a bigger star in his own right. He just started in the new Fantastic Four movie which premiered in August.

Trey Songz gives the fans what they want, which is sex. Songz provides good music with his great singer ability and his good looks. Songz has been releasing music consistently since last year and just got off tour with Nicki Minaj earlier this year for her European leg. Songz is working on new music to be released next year (if you follow him on snap chat you can get a sneak peak sometimes).

Chris Brown has certainly changed since becoming a father. He has a lot more responsibility and it shows with the way he is handling himself and taking care of his daughter. Brown is normally always in the spotlight for doing something outrageous or by some of his comments, but his daughter has really changed him and mellowed him out. Brown is releasing his new album “Royalty” which is named after his daughter soon. Although Brown has grown up, he can still dance like no other.

The Game has everyone talking, the guys with his album and the girls on his show, and the girls with his presence and the way he looks. Game has been making music for years and just released 2 new albums this October with “The Documentary 2.0” and “The Documentary 2.5”. He also has his own finding love show on VH1 called “She’s Got Game”. Game is constantly putting out new music for the fans, and his own #MCM pics for the ladies. 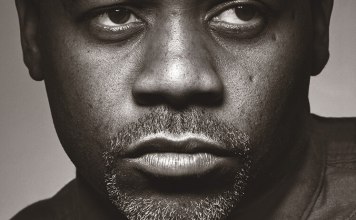 Jussie Smollett’s Lying Ass Will Never Be Off The Hook!