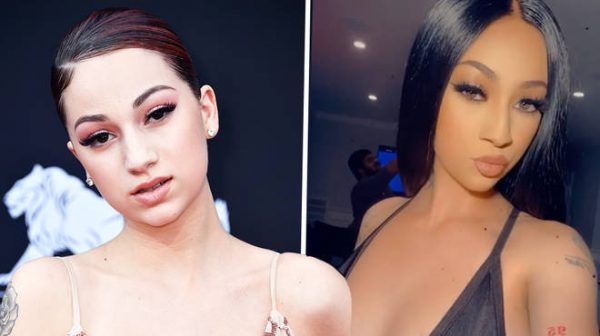 Platinum-certified phenomenon Bhad Bhabie returns with the release of a brand new single. “That’s What I Said” is available now for streaming and download HERE. The track will be accompanied by an equally colorful official video set for a later release.

Produced by Go Grizz (Lil Wayne, Gucci Mane, A Boogie Wit Da Hoodie), “That’s What I Said” marks the first new music of the year from Bhad Bhabie. The rapper recently completed shooting the second season of her “Bringing Up Bhabie” reality show with Snapchat, which is due to release this summer. The first season received the highest premiere views of any reality series, dethroning Keeping Up With The Kardashians.

Last year saw the rising rap superstar unleash a series of increasingly potent tracks, including “Get Like Me (Feat. NLE Choppa),” available at all DSPs and streaming services HERE. Hailed by Billboard for its “catchy chorus,” the track arrived alongside an official companion video, now boasting over 15 million views via YouTube HERE.

2019 kicked off with the release of “Babyface Savage (Feat. Tory Lanez),” available for streaming and download HERE; the track’s companion video is already a smash with over 50 million views via YouTube alone HERE. The track – now with over 24 million streams worldwide – received high praise upon its release, with Rolling Stone simply declaring it “one of the best rap performances of the year.”

With over a billion worldwide streams thus far, Bhad Bhabie has emerged as a landmark talent, earning a “Top Female Rap Artist” nomination from the 2018 Billboard Music Awards after making chart history as the youngest artist to have three singles chart simultaneously on the Billboard “Hot 100.”

What do you guys think of Bhad Bhabie’s new single? And what are some of your other favorite tracks by Bhad Babie?