Last month, the organizers of the Afropunk Festival announced their plans to expand to Johannesburg, South Africa in December 2017. This a pretty big deal considering its start as a free music festival in Brooklyn, New York. Believe it or not, many, many people don’t even know what the Afropunk Festival is or where it came from. For a while, I was one of those people. Shameful, I know. I came across it by accident some time ago and I’ve been completely fascinated by it ever since. For those of you who do not know what this is all about, I am here to help y’all out.

First, let me lay down some history.

The punk scene has always been overwhelmingly white, especially in the United States. The faces that have represented classic punk rock music have mostly been white bands like The Ramones, The Clash, The Sex Pistols, The Misfits, etc. People often didn’t associate this type of music with black people, which made it appear as if there weren’t any in the scene.

The term “afro-punk” refers to the presence of African Americans and black people in general in the punk and alternative music cultures. This whole concept began back in 2003. 14 years ago, Afro-Punk: The Documentary made its debut, produced by Matthew Morgan and written/directed by James Spooner. The 66 minute documentary spotlighted black people in the American punk scene and explored the ways they find their place in a predominantly white music communities.

Matthew Morgan, who is also a music industry executive, saw that the indie rock/punk/hardcore scenes appealed to more than just a Caucasian audience and decided to give a voice to people of different backgrounds who identify with this music as well.

The documentary led to the birth of Afro Punk Fest in 2005 at Brooklyn Academy of Music. The music festival served to celebrate and unify all aspects of Afropunk culture: music, film, art, fashion, and any other form of self-expression. This became more than just a creative community in a single city. It became a movement that reached the masses. Alternative kids around the world who never felt they had a place they belonged finally found their home. This is largely thanks to Afropunk’s online presence spreading its word and creating a space to connect.

The New York Times describes the AFROPUNK movement as “the most multicultural festival in the US,” which fits it perfectly. The community reflects punk and alternative music, but as it continued to evolve, it started to incorporate urban culture. This is strongly exemplified in its fashion. You see people rocking afros with the sides shaved off, creating a fro-hawk. You see people tribal print garments with crazy colored hair and skate shoes. The Afropunk style is unmatched.

Since its debut, Afro Punk Fest has been to Atlanta and made its way overseas to Paris and soon, Johannesburg. AFROPUNK has plans to bring the movement to other cities, both in the United States and across the globe.

I highly suggest watching the Afro-Punk documentary. It is available on Youtube free of charge. Check it out below:

Want to learn more about the movement or how to get involved in it? Check out their official website here. 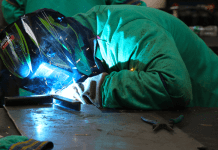 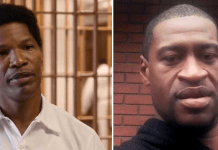 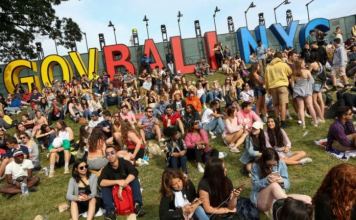 If Chrissy Teigen Wants To Free-ball, Let her! She Claps Back At Critics!